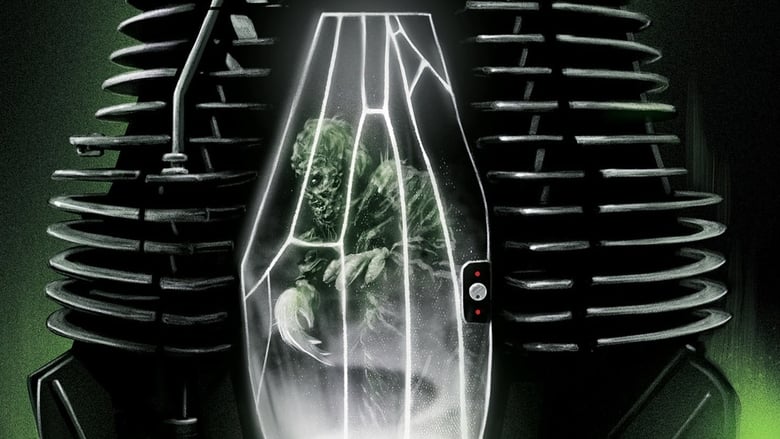 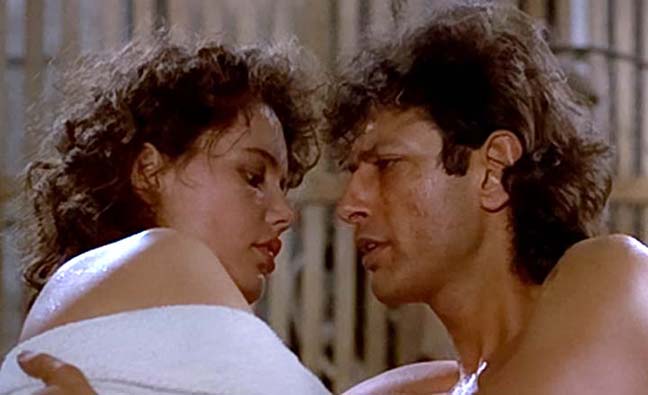 A brilliant but reclusive scientist (Jeff Goldblum) discovers the means of tele-transportation. His science break through will change the world. He convinces a woman journalist (Geena Davis) to document his experiment. As a romance ensues between the two, he tries the experiment on himself. But unknown to him a fly has enter the chamber too, their DNA is combined transforming him into a man/fly hybrid.

I used that photo, as to me that's what the film is about...it's about the trust and love that grew between a reclusive, lonely scientist and the woman reporter who at first tricks him to get the story of the century, but then falls in love with him. Most everyone will focus on the horror elements of The Fly, but it's so much more than just gore, this is a love story. 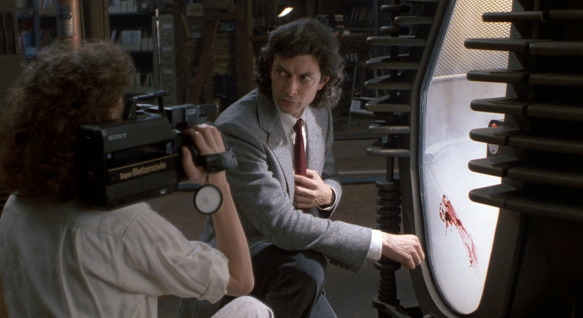 From the moment the film starts, it pulled me into the story. It felt real to me...the people (Jeff Goldblum and Geena Davis) seemed real and they had real chemistry together. In real life they were a romantic couple so the onscreen chemistry is not surprising.

The film stays tightly focused on those two individuals and in that way feels very intimate. By introducing a third character, a love triangle is formed, with jealousy at it's center. That love triangle then drives the story, as each character's emotional reaction creates events that furthers the story along. It's brilliantly done and the best film I've seen from David Cronenberg.

With all of its sci fi horror and special effects, which for the early 1980s were amazing and still look good today, it's the humanity that shines through this wonderful film. 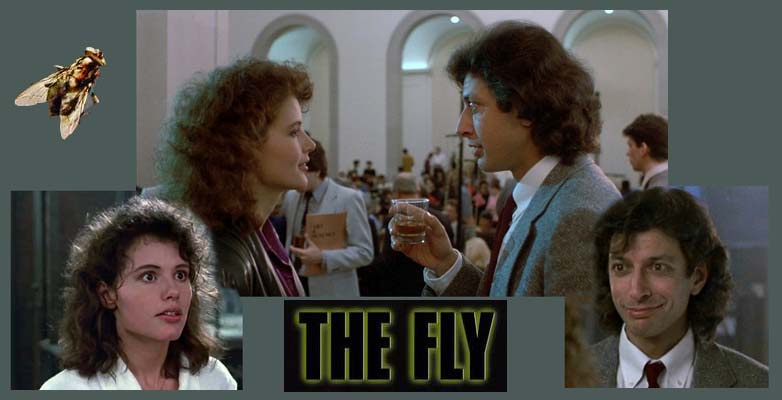