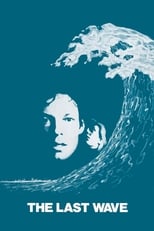 Release: Jan. 1st, 1977
Runtime: 1 hour, 46 minutes
Australian lawyer David Burton agrees with reluctance to defend a group of aborigines charged with murdering one of their own. He suspects the victim was targeted for violating a tribal taboo, but the defendants deny any tribal association. Burton, plagued by apocalyptic visions of water, slowly realizes danger may come from his own involvement with the aborigines and their prophecies.

We didn't find any linked discussions for this film. Here are the results of a quick search of possibly related threads:
15 The new wave of DVD
Ok...let me just say that I have nothing to do with this particular invention and I'm not exactly gung-ho for it, but here it goes. Columbia/TriStar has issued the next breed of DVD... the SUPERBIT...
5 First off Hello everyone /wave Secondly Help Me Please :-)
Hi guys and gals (just joined) Ok I have a question, I watched a film about 5 years ago and I cant remember the name of it. I have been trying to find name for days now to no avail and tbh my brai...
7 5th wave
To be honest I wasn't really excited about this movie. But after seeing this interview I think these guys are going to be a fair and accurate interpretation of the books I don't know what you guys thi...
6 French new wave
I've never watched a movie of the french new wave movement Do you have some tips for a neophyte who wants to approach to neuvelle vauge's cinema ? I mean, which movies do you raccomend first ? Do you ...
0 The Discord New Wave
A film server made by cinephiles, for cinephiles. We have a loose anti-toxicity policy, Letterboxd integration, movie nights, a film of the week to discuss, and over two-hundred and fifty members (and...