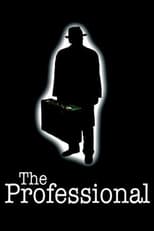 Release: May 21st, 2003
Runtime: 1 hour, 44 minutes
Till recently a University professor, a bohemian writer, a member of Belgrade's intellectual circles and a passionate opponent of the Milosevic's regime meets the man, unknown to him, but who knows every tiny detail of his life. Man tells him a story and plot unfolds unimaginably.

We didn't find any linked discussions for this film. Here are the results of a quick search of possibly related threads:
7 The Professional II
Portman Agrees To 'Leon' Sequel "Movie beauty Natalie Portman is keen to reprise her debut film role in a sequel to cult favorite Leon. The actress, 22, first c...
11 The Professional
What do you guys think of this movie? Personally it's one I enjoy a lot. I throw it on a few times a year. It came out in 1994 and was written and directed by Luc Besson. It has a cult-like followin...
1 The Professional-Besson
Hi, Just a general question, was the Luc Besson film, The Professional, based on another French film? If so please provide the title, and reference on IMDB. Thankfully, W...
1 Sequel to The Professional
I heard a rumor somewhere that there was a sequel to Leon (The Professional) in the planning stages. I just don't see how this would work seeing as how Leon is long dead, and he took the bad guy with...
0 Your favorite professional movie reviewers
I've enjoyed Rex Reed and Michael Medved over the years. But there are certainly some fine ones out there. Who are some of your favorites?...