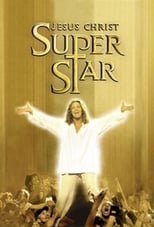 Release: Oct. 16th, 2000
Runtime: 1 hour, 47 minutes
Tim Rice and Andrew Lloyd Webber's Jesus Christ Superstar first exploded onto the West End stage in 1971 and it was clear that the musical world would never be the same again. For the first time ever, Jesus Christ Superstar has been specially filmed for video. Shot at Pinewood Studios, this brand new filmed stage version starring Glenn Carter and Rik Mayall captures one of the best score Andrew Lloyd Webber has ever written and is packed with...

11 JESUS CHRIST, MADONNA IS 60 YEARS OLD!
MADONNA TURNED 60 ON AUGUST 16TH! SAME DAY ARETHA FRANKLIN DIED! JESUS CHRIST! 60! SHE BETTER NOT BE LIKE A VIRGIN AT THAT AGE! ...
7 The Iron Giant - homage to Jesus Christ?
Hello, everyone. 'The Iron Giant' was, and is still, one of my favorite animated movies. The acting was great, the animations were awesome, and most of all, the message was powerful. Anyone who watch...
10 Bollywood superstar Salman Khan is convicted for 5 years in jail
He is currently the biggest star in Bollywood . Bollywood has billions of rupees ( Indian currency ) riding on him and may be hit hard financially by his conviction . He was a major money makin...
16 Jesus
Which actor do you guys think portrayed Jesus the best?...
6 What If Jesus Became A MoFo?
If Jesus became a MoFo and posted..... What would his screenname be? What would he pick for as his avatar? What would he choose for a signature? What would be his user title? Do you think t...

Gideon58 This rock opera chronicling the last seven days in the life of Jesus Christ was first brought to the screen in 1973 by director Norman Jewison, who copped out a bit by presenting the story as a show being presented by a group of traveling players...no such breaking of the 4th wall here...directors G....
READ REVIEW