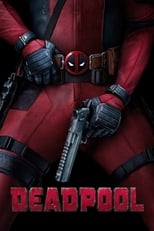 Release: Feb. 9th, 2016
Runtime: 1 hour, 48 minutes
Deadpool tells the origin story of former Special Forces operative turned mercenary Wade Wilson, who after being subjected to a rogue experiment that leaves him with accelerated healing powers, adopts the alter ego Deadpool. Armed with his new abilities and a dark, twisted sense of humor, Deadpool hunts down the man who nearly destroyed his life.

1 Deadpool
This movie was amazing! My only complaint is, why are people taking their kids?! This is not appropriate for kids, we have known that since day 1!...
15 Deadpool
Deadpool is the latest comic book movie to be pumped out by juggernaut company Marvel. Family friendly Marvel. That's what Deadpool is like, right? Deadpool stars Ryan Reynolds as Wade Wilson who...
107 Deadpool
I'm so excited, because my favorite superhero is getting a film! Deadpool! It's scheduled for February 2016, and that's all we know for sure. Leave your opinions, thoughts, and any knowledge you hav...

The Gunslinger45 If you like the Marvel Cinematic Universe movies or are a fan of the X-Men movie franchise then odds are you will like this movie.
READ REVIEW

TheUsualSuspect The film version knows he's in a film, he knows about the previous version of Deadpool and even the previous comic book character Reynolds played, The Green Lantern.
READ REVIEW

Iroquois The attempts to incorporate blackly comic sensibilities into the proceedings don't exactly work (especially in a montage where Deadpool violently goes after lead after lead in search of Ajax), but the film suffers even more when it tries to get serious; as a result, scenes such as Deadpool's various....
READ REVIEW
View All (9)