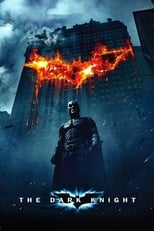 Release: Jul. 16th, 2008
Runtime: 2 hours, 32 minutes
Batman raises the stakes in his war on crime. With the help of Lt. Jim Gordon and District Attorney Harvey Dent, Batman sets out to dismantle the remaining criminal organizations that plague the streets. The partnership proves to be effective, but they soon find themselves prey to a reign of chaos unleashed by a rising criminal mastermind known to the terrified citizens of Gotham as the Joker.

49 Question about the ending to The Dark Knight (2008).
I saw it again recently and just had a question about the ending so far that I picked up on. View Spoilers WARNING: "SPOILER" spoilers below In the end Batman want to take the...
18 The Dark Knight review
Hello I’m just starting out. I’m very new. I just want to see if anyone can rate my stuff to all that is reading this. My review of the Dark Knight. Some feed back would really help. Thanks. Link is b...
535 THE DARK KNIGHT (Nolan's BATMAN sequel)
Now that the casting rumors have given way to an actual cast, what are your initial thoughts on what Christopher Nolan has in store for his Batman follow-up? On the heels of the Heath Ledger as Jok...
6 Which is better ACTION movie? Terminator 2 vs The Dark Knight
Both movies are on my all time top 10 list. Overall quality wise, they are close to me: T2 The Dark Knight But considering on the entertainment value and action scenes, which one is the be...
11 The Dark Knight - Incredible IMAX shots
I watched The Dark Knight on Blu-ray for the time on a 55" FHD screen and I was both impressed and disappointed. The picture quality of those IMAX camera's are ridiculous. Every scene shot wi...

Iroquois It burns its way into your head and lets you know that the next two-and-a-half hours are going to be quite a step up from what you were probably expecting..
READ REVIEW

mark f In some ways the Joker and Harvey Dent both seem interested in playing games of chance, whether involving playing cards or coin flips.
READ REVIEW

The Gunslinger45 I mean his portrayal of the Joker as an unhinged force of anarchy was spectacular, and really gave these films a real and terrifying proper villain that I felt was lacking in the other two movies.
READ REVIEW
View All (24)