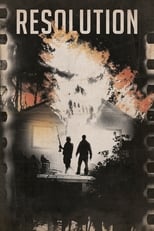 Release: Apr. 20th, 2012
Runtime: 1 hour, 33 minutes
Michael is committed to getting his best friend Chris to sober up and get his life back on track. With the best of intentions, Michael implements a plan to convince Chris to go to rehab before his drug addiction leads to an early death. But what begins as an attempt to save his friend's life quickly takes an unexpected turn as the two friends confront personal demons, the consequences of past actions, and forces beyond their control.

24 What screen resolution r u?
I hate the fact that MoFo is set to 800x600, but I understand the necessity of it if that's what most of you guys run...but is it? So answer the poll...I'm curious. ...
37 What's your screen resolution?
Hey MoFos. Quick question: what's your screen resolution? I ask not merely out of curiousity, but because if the numbers are especially different from the usual percentages, I might want to tweak a ...
29 How big would digital resolution go, before it outsizes 35mm film?
A lot of movies shot on 35mm film originally, are now being transferred to 4K. However, I am wondering if resolution will eventually get so high, that the picture quality will degrade, cause the reso...