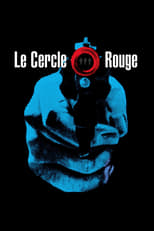 Release: Oct. 19th, 1970
Runtime: 2 hours, 20 minutes
When French criminal Corey gets released from prison, he resolves to never return. He is quickly pulled back into the underworld, however, after a chance encounter with escaped murderer Vogel. Along with former policeman and current alcoholic Jansen, they plot an intricate jewel heist. All the while, quirky Police Commissioner Mattei, who was the one to lose custody of Vogel, is determined to find him.

We didn't find any linked discussions for this film. Here are the results of a quick search of possibly related threads:
12 Moulin Rouge
WOW!! I just saw this movie on Friday and I was blown away. I have never seen a film like this before. Just the first 10 minutes are so amazingly beautiful that I had this big smile on my face the ...
2 Moulin Rouge
Okay, so this is the film that revitalized the musical movie, right? It brought us Chicago, Hairspray, and Sweeney Todd, among many other similar products. Does it mean the original is worth the prais...
1 Moulin Rouge!
God, I find this movie annoying. Nominated for several Oscars for whatever reason, it uses every tired romance plot, every tired line, and is mess when it comes to its editing. The romance is cheesy, ...
34 moulin rouge
did you like this movie? did you fall inlove with it?...
6 Moulin Rouge
I LOVED MOULIN ROUGE!!!!!!!!!!!!!!! Ewan McGregor is Sooooooo Yummy!!!! Anyone else have thoughts on that?...

Captain Spaulding If the Italians' re-imagining of the Western was called a Spaghetti Western, then I guess Le Cercle Rouge could be called a .
READ REVIEW