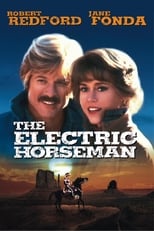 Release: Dec. 21st, 1979
Runtime: 2 hours, 2 minutes
Sonny Steele used to be a rodeo star, but his next appearance is to be on a Las Vegas stage, wearing a suit covered in lights, advertising a breakfast cereal. When he finds out they are going drug the horse in case its too frisky, he rides off into the desert...

7 Anyone seen the BoJack Horseman Xmas special?
Watched it earlier tonight and wasn't too keen on it tbh. Ive written a review if you guys wanna see, its at thatfilmbloguk.wordpress.com. what did you guys think?...