Valley of the Dolls 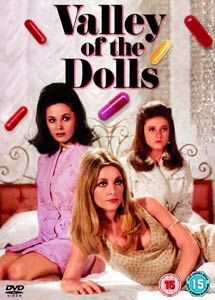 Valley of the Dolls, the beyond dreadful 1967 film version of Jacqueline Susaan's trashy novel is the ultimate potboiler, a movie so hideously bad that it is funny as hell and endless laughs may be found here.

This laugh-out-loud drama follows the adventures of three girls seeking fame and fortune in New York. Anne Welles (the forever wooden Barbara Parkins) is a secretary who ends up becoming a cover girl and having an affair with a lecherous theatrical agent (Paul Burke).

Neeley O'Hara (Patty Duke, in probably the worst performance by an actress in the history of cinema)is a singer/actress who uses and abuses pills, liquor, and men on her climb to the top and her descent to the bottom. Her final scene crawling around in the gutters of a Broadway alley has to be seen to be believed. Sharon Tate walks through the role of Jennifer North, a talentless waif who is aware of the fact that her body is only asset ("Yes, Mother, I'm doing my breast exercises").

The film also features Susan Hayward, in a role originally intended for Judy Garland, as Helen Lawson, a Broadway legend past her prime who is definitely threatened by O'Hara, God only knows why.

This movie just overflows with bad writing, bad acting, bad singing, bad choreography, and bad anything else you can think of. Legend has it that each character in this film is based on real people though author Susaan (who does a cameo in the film as a reporter) refuses to confirm or deny anything. It is commonly believed that the Neeley O'Hara character is based on Judy Garland, which must have caused some tension when Garland arrived on set for her original wardrobe tests when she had been signed to play Helen Lawson. 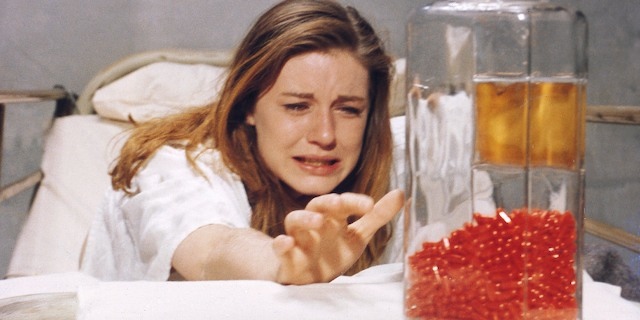 There is just so much to laugh at in this film, I don't know where to begin...Neeley singing at a telethon battling a wild set of beads that won't stay out of her way, Anne's cover girl montage,where Parkins has on enough makeup to choke a horse and displays some of the most outrageous hairstyles and bad fashion ever seen, a drunken Neeley confronting her allegedly gay husband in the swimming pool, dressed in an unflattering slip and bra, a drunken Neeley sitting in a bar and listening to herself on a jukebox explaining to everyone in the bar who she was, Jennifer's husband Tony, losing his balance outside the benefit ("I can't feel my legs!"), Tony and Neeley singing a duet at an asylum; Helen Lawson lip-syncing (to Helen O'Connell's voice) in a too tight evening gown and trying to dodge a large mobile that thinks its alive, and of course, the classic ladies room encounter between Neeley and Helen which climaxes with Neeley pulling off Helen's wig and flushing it down the toilet.

This movie has to be seen to be believed. One of the funniest movies ever made...even though it wasn't supposed to be.