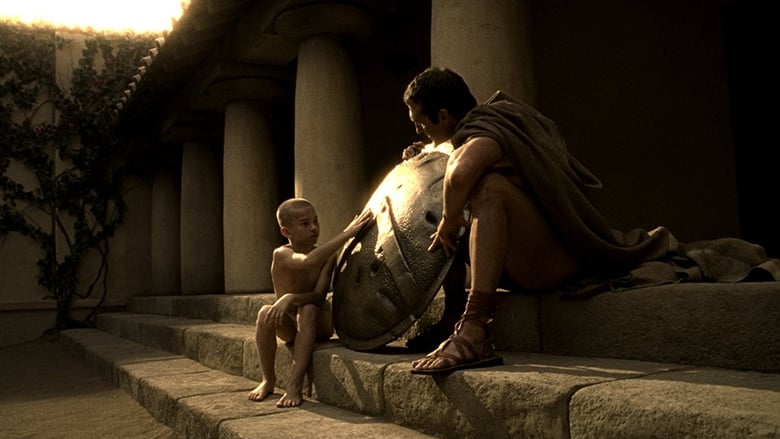 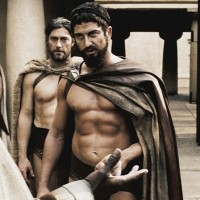 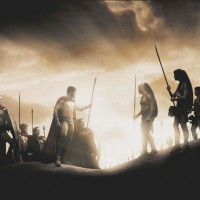 Plot: In 480 BC, the Persian king Xerxes sends his massive army to conquer Greece. The Greek city of Sparta houses its finest warriors, and 300 of these soldiers are chosen to meet the Persians at Thermopylae, engaging the soldiers in a narrow canyon where they cannot take full advantage of their numbers. The battle is a suicide mission, meant to buy time for the rest of the Greek forces to prepare for the invasion. However, that doesn't stop the Spartans from throwing their hearts into the fray, determined to take as many Persians as possible with them.


Trivia:
There are 1,523 cuts in the film, with over 1300 visual effect shots comprising 8631 visual effect elements.
300 is a love it or hate it movie, it's movie that devides opinion with movie fans, which isn't a shock because most of Zack Snyder's work does that. Watchmen, Man Of Steel and 300 all have there haters, but those movies also have there fair share of fans - me being a one of them. Zack Snyder is fast becoming one of my favourite directors out there, I think all his work is visually amazing and his eye for detail is remarkable. 300 is visually his best work, it looks absolutely amazing, every tiny detail looks incredible and makes some scenes in this movie look epic. I know this movie isn't a masterpiece, I know it has its flaws - but I just can't understand why it receives so much hate among some critics, and many movie fans. In my eyes it's a very entertaining movie, that looks and sounds fantastic... Although the narrator annoys the crap out of me, seriously his voice is more annoying than Bridget Jones on her period..


Trivia:
The filmmakers used bluescreen 90% of the time, and greenscreen for 10%. They chose blue because it better matched the lighting paradigm (green would have been too bright) and because red garments (a la spartan capes) look better when shot over blue.
This is a movie that cracked my top 100 favourite movies, infact in cracked my top ten so you can probably see ime a big fan. Zack Snyder is certainly making a name for him self now, whether it's good or bad press he certainly has people's attention and with his latest blockbuster Man Of Steel deviding opinion yet again.... he just keeps making more of a fan out of me. Overall 300 is a great movie, I own it on both DVD and Blu Ray and I can't wait for its sequel to hit the screens next year, even if it isn't Synder directing.