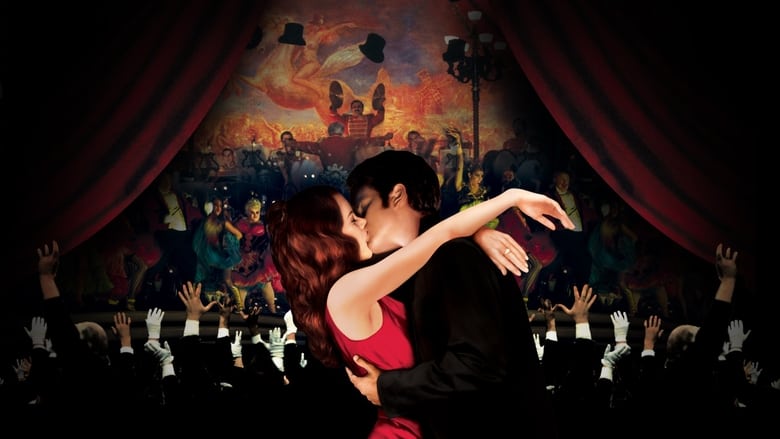 Okay, so this is the film that revitalized the musical movie, right? It brought us Chicago, Hairspray, and Sweeney Todd, among many other similar products. Does it mean the original is worth the praise? I certainly don’t think so. While it did catch the audience’s attention with flashy camera tricks and unique sets, it doesn’t hold up as well as people make it out to be, with too many hammy performances and plot holes that grow out of proportion.

First, I want to bring up the main good about the film before people jump me for bashing a very popular movie. Moulin Rouge brought back a dying form of film. The musical hadn’t been all that popular since The Sound of Music. Sure, Disney films always have music, but those are animated films targeted mainly at kids. Adult musicals weren’t around anymore, and so when Moulin Rouge came out, it was a breath of fresh air to directors who were sitting on their hands, wanting people to appreciate the style of Broadway on the Big Screen.

The film, by fault or by necessity, follows a typical Hollywood romance. A writer named Christian, played by Ewan McGregor, is in a depressed slump as he spoils the film by saying his one true love is dead. That’s a huge leap for any film to take, considering audience want there to be a destination to the film, not just a journey.

Then, a flashback appears. We are then hit with an onslaught of great camera angles with a wittily scripted scene as Christian meets an acting troupe wanting to produce a play in a proper location. Unfortunately, the film’s abominable editing ruins the chance for the audience to appreciate any of it. If a shot could sit still for five seconds for the audience to breathe and take in the well-placed headshots and great wide angles, maybe I wouldn’t have shouted at the screen saying “take some damn Ritalin, movie!”

The film follows this trend right up to where we see the namesake: the Moulin Rouge nightclub, where beyond fast editing and less than memorable music—all of which, by the way, are nothing more than cheap Broadway versions of popular songs. It’s here where we meet Satine, played by Nicole Kidman. While her performance as a popular nightclub girl on top of the world wanting to be even more popular (only in America, right?) isn’t the worst, it’s certainly up there. Her subtle moments are overshadowed by too many scenes of hammy dancing and over-played emotions. Kidman is a fine actress, I’m sure, but this is her trying too hard.

It turns out she’s set to marry a duke, played by Richard Roxburgh. While his role is over-the-top, it’s nothing new for Roxburgh, who made his career playing similar villainous roles.

When Satine finds Christian, mistaking him for the Duke, they’re both immediately taken in by each other. Upon realizing he’s not the Duke, however, it doesn’t really matter as they keep their romance a secret from the Duke with the help of the acting troupe. Okay, the Romeo and Juliet storyline has been used well in the past but here it seems forced and unbelievable due to Christian’s nervous demeanor. When combined with the fact that Satine is also a courtesan (the renaissance prostitute), which makes you wonder what the real Duke’s true intentions are with her.

The love element in this film feels awkward from the get go. Instead of analyzing, the word is repeated through either action or through the spoken form, never straying too far from the simple and into the more complex territory that makes actual love so mysterious. All we know about love from this film is that it’s really, really good and everybody wants it. Nothing more or less. Does it help the film? Sure, if you’re a teenage girl who always hopes for that special someone to come along and sweep you off your feet.

The musical numbers in this film are numerous, with only one of those songs being original. Everything else is a rehash of famous pop songs from artists like Whitney Houston, Madonna, and Queen. While some songs are done well, some don’t get the treatment they deserve, and fall into obscurity throughout the rest of the film.

Numerous plot points become convoluted and become filled out with more holes than a target on a shooting range. One scene where Christian feels betrayed is a mess of a misunderstanding that makes our lovable hero seem like a jerk. The plan to hide Satine’s illness from her lover is also confusing, making it seem as if true love is all about hiding secrets that could easily be handled. Betrayals are also misunderstandings and never come to fruition.

Few things come together in this film, like the dance sequences and the slower scenes with character development. Other than that, this film is frenzied, confused, and otherwise forgettable. While it may entertain those into musicals and love stories, it’s not a film to constantly pop into the DVD player. It has its entertainment value, but it doesn’t go much deeper than that. It doesn’t make it a bad film; it just means that there are things people overlook when compared to the much nicer aspects.