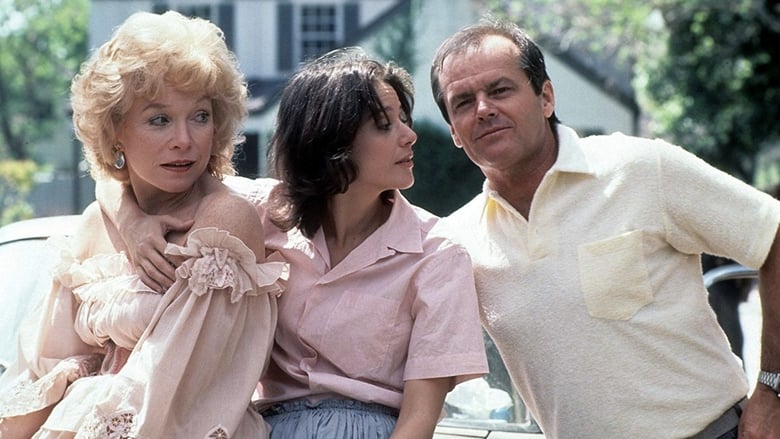 *as recommended by Sexy Celebrity*
So... I've been kind of putting this review off mainly because I knew it wasn't going to be pretty, and I didn't want to hurt Sexy's feelings. I know that kind of defeats the purpose of the Trade-off, but I like Sexy and don't want to be a jerk, but I just really disliked this movie.

This movie is just like a certain ex boyfriend of mine - really depressing in a bad way. There is just so much that happens, and none of it good. Confusing relationships that turn friendly, then sexual, then confusing, a love/hate mother daughter relationship which I still don't think I really understand, infidelity, stale and strained married/family life, growing old, dying young... no wonder this movie won so many awards.

The people in this film were awful. I don't mean the actors themselves, I really like Shirley Maclain, actually. I mean the characters. And I don't mean they are awful, as in, they are horrible people and I don't want to watch a movie that has horrible people in it. I don't give a **** about that, even though that seems to be a lot of people's problem with this movie (according to reviews on the internet). It's just that the characters are badly written. They aren't even cliched - they're, like, inconsistent, like the writer couldn't make up his mind what he wanted them to be like, or they just wanted them all to be super quirky, but they went over-the-top and they're just kind of bonkers. Do people like this really exist? A lot of them? I sincerely want to know. It sort of reminded me of that one episode of Buffy the Vampire Slayer in season 4, when Faith and Buffy switch bodies.

"A person's energy has a flow, a unity. Buffy's was fragmented. It grated like something forced in where it doesn't belong." <--pretty much every character in Terms of Endearment