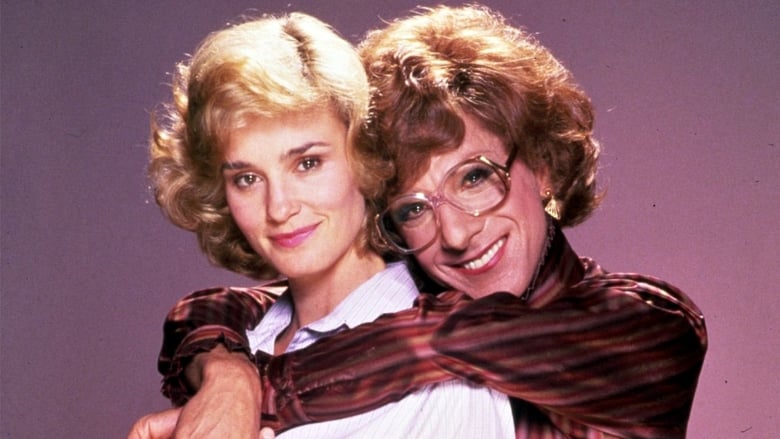 I felt like watching Tootsie tonight and that's exactly what I did. I've seen it a couple of times before, but the last time was about two years ago. Dustin Hoffman stars as Michael Dorsey, an angry, brass, unemployed actor who can't get an acting gig in New York, whose agent (played by Sydney Pollack, the director) won't help him along with his career and who can't find a woman to call his own. When his depressed, suicidal friend, Sandy (Teri Garr) gets rejected for the role of a tough cookie hospital administrator on the famous soap opera, Southwest General, Michael, fueled by pride and the passion to show his agent that he can work as an actor again, dresses up like a woman and auditions for the hospital administrator role. He gets it -- and suddenly, his alter ego, Dorothy Michaels, is a hot soap opera star that everyone loves for her fierce, feminist attitude. But the journey through stardom doesn't come easy for Michael as he's forced to keep Dorothy's true identity a secret, even when it means lying to his sexy co-star that he's attracted to and is becoming close friends with as Dorothy.

Tootsie is a very easy and gentle watch, though it's filled with tense subject matter. The movie is basically a reflection on working hard and struggling and how difficult it can be to attain something that you want in life. The character of Michael Dorsey wants two things: serious work as an actor and a beautiful woman to love and call his own. Unfortunately for him, his personality clashes with too many people and he's not getting a foot in the door. However, when he dons the Dorothy costume and becomes a woman, he's suddenly got everything -- but lies don't play out the right way.

This is a very funny movie. There are tons of laughs all thanks to the embarrassment we know Michael Dorsey is going through as he walks around pretending to be a woman. Donning a southern accent to create Dorothy Michaels, Dustin Hoffman has never been funnier and more intriguing. Jessica Lange, who plays Julie, the nurse on Southwest General that Michael befriends and falls in love with, was a great character and had terrific chemistry with Dustin Hoffman. Teri Garr was kind of annoying, but she did well with her role. George Gaynes was hysterical as a foolish lecher that played a doctor on the soap opera. Bill Murray is in it as Michael's friend and roommate. Sydney Pollack did a great job as Michael's agent, George Fields. This is a classic, timeless motion picture. I really can't think of anything negative to say about it.

Wait, yes I can -- you're telling me Dorothy Michaels met up with Andy Warhol for a photoshoot, still keeping her true identity a total secret from everyone, and Andy couldn't tell that was a man in drag and thus give away her secret? I doubt it very much. I know the part with Andy Warhol was for a quick montage scene, but still.

By the way, I was inspired to watch Tootsie after hearing about a certain person around here that's attracted to Dustin Hoffman with boobs. You know who you are and you better positive rep me!