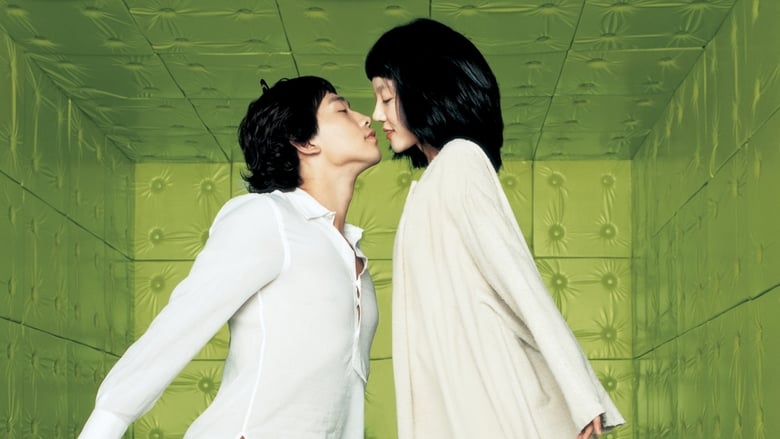 I'm a Cyborg, But That's OK

A young factory worker, who has already lost her grandmother to state care (for acting like a mouse & over-eating pickled beetroot), receives instructions from a treasured radio that she should splice its wires into her veins and plug herself into the mains. Because she's a cyborg you see.

Wearing her grandmother's abandoned dentures and refusing to eat (on account of the damage it would do to her workings), our heroine tries to charge herself up to the point where she can wreck a terrible revenge on her white coated nemeses. Before she gets interrupted by a thief who likes to trade mental beliefs.

Although the opening half hour felt an uncaring and callow take on mental illness, this does actually flower into something pretty touching. The Amelie-homages and stock 'Cuckoo's Nest' characters seemed at odds with the Tetsuo-lite body-splicing & other themes of mental distress at first, but as we stick with the characters the two styles of 'demented escapism' and genuine strifes slowly merge and start to complement each other.

Once the love-story-of-sorts is under way the Edelweiss music becomes explicable and welcome, the supporting cast become more complicit in the plot & the excesses of the dream-like carnage scenes seem to have served a sounder purpose than just cutesy visual profanity. It still seems too cartoony at times (bruises disappearing in a flash between 'real life' scenes), and for every successfully crafted bit of comedy there's a lull or missed beat, but the fact they got it to work at all makes it something of a treat