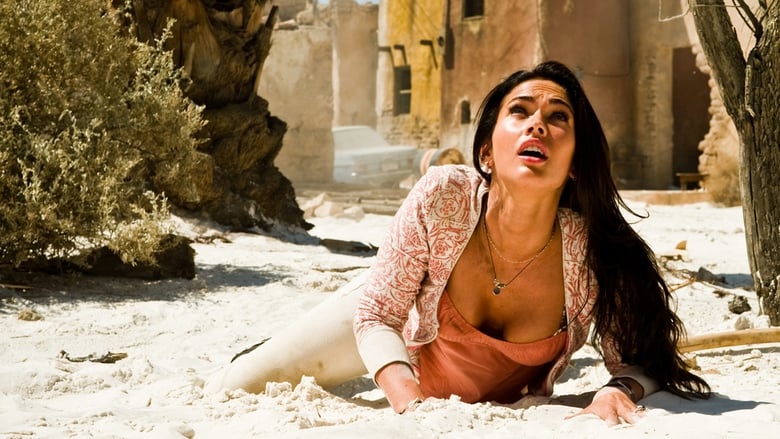 To preface this, i liked the first. I like Michael Bay films, mostly. I've liked Shia since Even Stevens. With that out the way, i think Transformers serves as interesting place in cinema, cinema itself starting out purely as a form of entertainment with the spectacle of this new technology then digressing into more of a narrative based art form. Everyone's counter to criticism on Transformers is that it's about big transforming robots and is only meant to be entertaining. But you don't have to be making art to make a good film. Which this film isn't.

The plot picks up after the first one with Sam going to college, Bumblebee living in his garage and the autobots and the army cleaning up decepticons around the world. Fair enough. The setup for the sequel's plot is probably the laziest excuse i've seen, with a shard from the cube in the first 'falling out his old jumper'. Queue recycle-tron. What follows is a belated 'revenge' from the decepticons trying to get what Sam saw on this shard- directions to some weapon to destroy the sun and the shard itself turns out can bring back Megatron. Oh and lots of other Transformers are on Earth as well and one who's not called The Fallen who's on some planet growing more robots in little pods. I can't even be bothered to go into the inconsistencies, lack of logic or stupidity in the plot like how there's another shard anyway and bringing back old age transformers instead of the ones they need, the hardest transformers sacrificing themselves to stop anyone getting a key with their bodies as walls which Sam just breezes past. But i imagine most will just say: "who cares, it's about robots fighting!". Well, i care and most people with any concept of film or a brain should as well. How does having two robots start to take down a bigger robot turn around into them disappearing and the robot being fine dictate a coherent flow of logic? Not to mention The Fallen is never really intimidating or interesting.

So robots fighting, does it compensate? Up to the fight in the forest, i'd have said yes. Plot aside, it all flows well and is pretty solid enjoyment, i even remember thinking maybe my apprehension was mistaken because this was quite good. Well, after that it goes down hill in a big way. Something happens that most will see outcome coming long off and they try and build on the non-existent plot with some boring and unfunny plodding around and painful exposition. They throw in too many transformers that are meaningless and switch between annoying and stupid, all there too bloat the film up; unlike the first one that actually attempted to make us differentiate them as characters. The army are just cannon fodder, quite why they try and join in the fights is beyond me. There's attempt to replicate another Turturro character and most the humour falls flat. The effects are decent enough but do little to distract from the glaring problems of pacing, plotting and characterisation. Aspects most would want to be handled well in a film. The finale seems like a rehash of the desert scene in the first. Overall it fails at most it tries to do, except show robots beating each other up. Oh and having every teenage boy in the audience simultaneously ejaculate when seeing Megan Fox bent over a bike. That's not a bad thing by the way and was quite funny hearing cheers from the male audience. My friend fell asleep for an hour and missed nothing. Shame we can't have a Dark Knight every year.