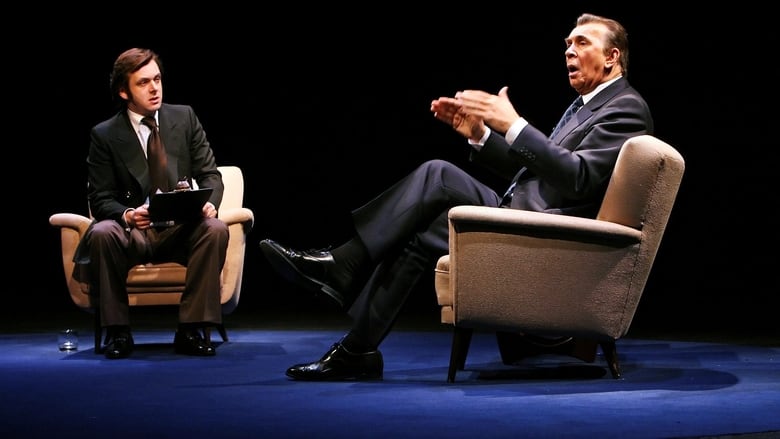 I was waiting to be blown away and blown away I was by the most unlikely of candidates. I despise most politicians. I can't stand the entire process and I really dislike how out of touch most politicians are with the average joe. To say that I was ignorant about the happenings during Watergate and the cover ups and all the rest of the goings on during Nixon's Presidency doesn't really cover it. I knew virtually nothing about it except rumor and innuendo.

I still know very little about it. I've done a little reading as I often do after a film like this one moves me and I also watched the actual interview that Frost held with the former President. And I must say that while I still at the core feel the same way about the political landscape I think now at least I know where some of that started. This man abused his power and he knew it. He took it upon himself to make up policy as he went no matter the cost and claimed he believed he was doing the right thing.

Only it wasn't the right thing. And perhaps its a testament to the kind of man that Nixon was that he actually admitted it. Maybe all politicians aren't evil and selfish. Maybe they are just as human as everyone else. Look, he's certainly not a saint. He may in fact have been a really bad guy. But at least he broke down and told the American people he was wrong and that he was sorry for it. I saw his eyes, I watched his movements, I believe him.

I usually can't stand movies like this... I'm a little lost as to why it moved me so. I felt this huge wave of emotion rolling over while watching the film and that's obviously a credit to little Ronnie Howard. I love most of his films, but I gotta say this one really took me by surprise. Thank you Ron, you really opened my eyes.
ģ More about Frost/Nixon
ģ More reviews of Frost/Nixon
ģ More reviews by Powdered Water