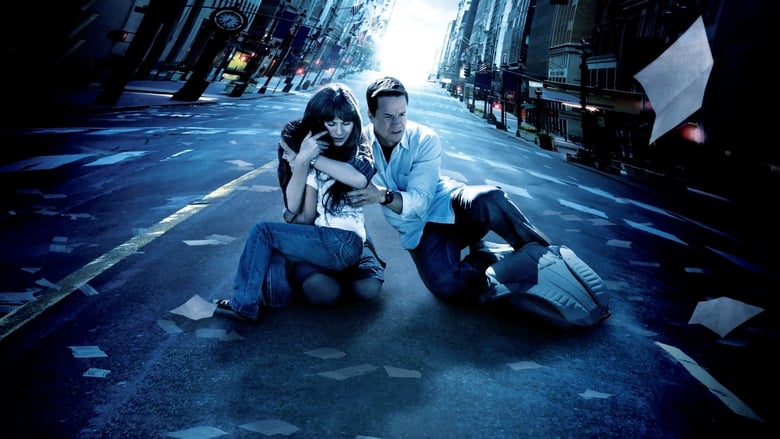 ) As you all know, I only do reviews for films that I simply want to tell other people what I thought about. And, of course, my review is purely my opinion and not factual at all, so I hope you realize that. As always, I try to incorporate a little story to the film's viewing pleasure to make my review a little bit more interesting than most others.

Anywho, I just did my usual tradition with a close friend of mine, and that is with every new M. Night Shyamalan that comes out, we go and see it opening day at the very first showing. It's not that he's our favorite director or inspired us in any way, but we did it when Signs first came out, and we've continued doing it ever since.

Before going to see the film, I had told him that a friend of mine had sent me one of the earlier scripts, or drafts, for the film (given to me by none other than MoFo's own Yoda), and that after reading it, I was highly confident that this film was going to be good. The script was gruesome, yet it had a good ending to it. What I read on screen on my laptop a few months earlier, I was able to play it out as if I was actually seeing the movie. Now, seeing as how today was opening day, I was hoping my visions would come to life on the big screen.

I mean, what happened? Ernest Hemingway is quoted saying "The first draft of anything is sh*t." Well, in this case, the first draft was golden. It was the shooting script that was sh*t. I'm not going to go into details and compare the draft I got and what I got on screen, but let me tell you, while some elements were the same, a lot had been changed, and I wasn't pleased with that.

First off, the film's premise. I gotta say, I liked that. It was something unique and original, and I'll give M. Night that. Using nature as a monster is usually seen in disaster films, and while we've all seen films like that over and over again, this film used nature as a different type of threat. Again, I don't want to spoil it for anyone, but if you see the film, you'd see what I mean.

The musical score was fitting as well. While not it's creepiest (how can you make music scary when the film's monster is wind?), it did have an eerie element to it that James Newton Howard has the ability to pull off.

But let's tackle one of the big things that's hurting this movie... it's acting.

As they say on the internet, "omg".

I've never seen such bad acting from A-list stars. Mark Wahlberg's acting often comes across as either sarcastic, overly desperate, or totally out of nowhere, and that amounted to some bad acting. Zooey Deschanel acts as if she wants the plants to come kill her now, her acting is so dull and mundane at points. And at times, the dialogue that Shyamalan wrote was a complete joke too. I mean, in one such scene, a car pulls up on-screen. Its time on-screen is enough for the viewer to go "oh hey, look. A car." And it's about three feet behind a two shot of Wahlberg and Deschanel, clearly in plain view for both characters to see it. Yet, Zooey just looks at the car, which has already been on screen long enough even for a blind man to see it, and she goes "A car." Wait, what? Are you kidding me? Not even was her line delivered in the most boring of ways, but it was so blaintenly obvious that a car was there, and if Whalberg's character didn't notice it coming, then how in the hell is he going to notice when somethings about to kill him? My friend and I had tears in our eyes when this line was delivered, and it was also the first time ever in my movie-going experience that the rest of the theater was laughing at it too.

I had read online that the reason why the acting wasn't top-notch was that Shyamalan was aiming for a Twilight Zone-esque atmosphere, trying to re-capture the way actor's had acted in that groundbreaking series, as well as create a sense of a B-movie. Well, let me be the first to tell you that I own every single episode of the original Twlight Zone on DVD (it's only my favorite television show) and nowhere in any episode is the acting from the early 1960s as bad as it was in The Happening.

Oddly enough, even though he's done some bad movies in the past and his acting may not be top quality, John Leguizamo had to have been the best actor in this film. Too bad he wasn't in it long enough for me to enjoy it more.

One funny thing I would like to point out is that Brian O'Halloran, better known as "Dante" from Kevin Smith's Clerks, has a very small cameo in the film. Look for him if you're a fan.

Another thing that got to me was this film's hyped-up "R" rating. The media for it made it seem as if this film really pushed the envelope. M. Night himself even said that people who had just seen it via test screenings went outside, secluded themselves and were just bothered (and after seeing the film, I'd probably do the same thing). Then, after seeing the film, my friend and I just looked at each other and basically went "'R' rating my ass!" The film was nowhere near as gory and gruesome as the script I've got. In my script, the way people die actually bothered you. In this, you feel jealous that they're dead and have moved on to better things and yet you're still stuck there, watching this "movie". Why Shyamalan decided to cut back on the gore is beyond me, but it's not as bad as the marketing is hyping it up to be. At most, I'd say it's a heavy PG-13 (and that's pushing it a bit too, in my opinion).

I know I said I wasn't going to compare scripts, but let me tell you that the ending in the film is nowhere near as good as the one he had originally written. The ending was touching, and it made you feel good. While I must say I enjoyed the very end of the finished product, I felt as if Shyamalan should've stuck with what he had originally thought up, because it created that sense of relief one would want after seeing an apocalyptic event happen right before their eyes.

For me, my favorite M. Night movie will always be Signs, and his greatest movie is arguably The Sixth Sense. But as for The Happening, it's just not, well, happening for me. Maybe as a comedy, yes, because I found myself liking this movie for all the wrong reasons. But as a traditional Shyamalan film? No.

When it comes to M. Night Shyamalan, one often expects his trademark twist. Well, there's a twist in this film alright, and that is, you expect the ending... no, the whole movie to be good. But no! Instead, it sucks! "What a tweest!"