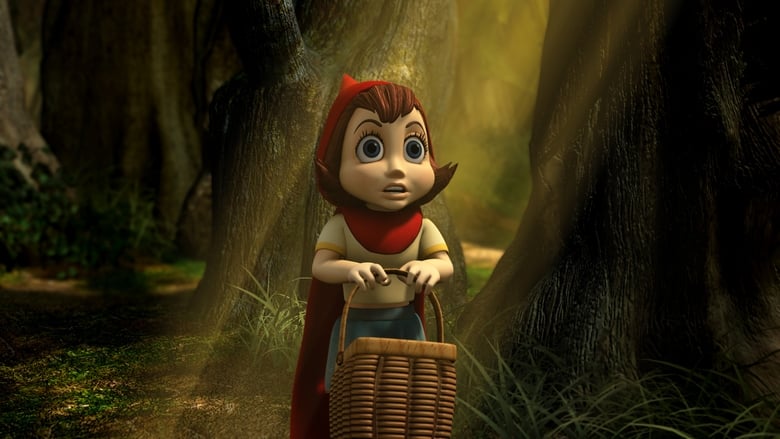 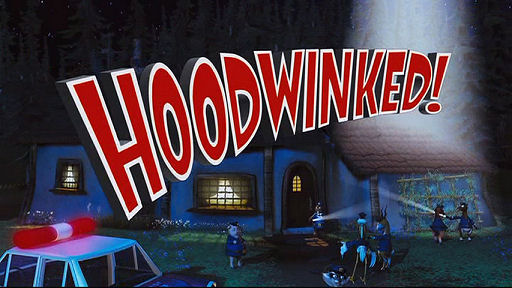 "Grandma, what big ears you have!"
"All the better to hear your many criticisms with."

That was the line. Three minutes into the film, that was when I knew this wasn't going to be another formulaic, pleasant-enough-but-nothing-to-write-home-about all-CGI family film.

I hadn't heard much about Hoodwinked!, but was movie-starved at the time so my girlfriend and I decided to go see it. The only other people in the theater were a woman and her little boy, and I'd like to go back and apologize to them for laughing so loudly and most likely drowning out a third of the film.

For those who don't know, Hoodwinked! is a retelling of Little Red Riding Hood. But it's approached as a detective story in that quasi-Rashômon style we all know so well. It's a pretty short story, after all, so why not retell it from four different perspectives? Those four would be: Red's (Anne Hathaway), The Wolf's (Patrick Warburton), Grandma's (Glenn Close), and The Woodman's (Jim Belushi). 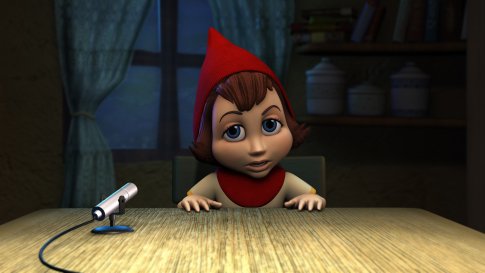 We learn pretty quickly that none of these characters are the way we've come to think of them from other retellings. Red is hopelessly sarcastic, The Wolf is actually an investigative reporter, Grandma's an adrenaline junkie, and The Woodsman is a starving actor. If it all sounds a little gimmicky, well, it is...but it's a good gimmick, and the humor is crisp and surprisingly adult.

"What's with the handcuffs on a little girl? Her wrists can slip right out. How about a cage?"
"Bring in the cage!"
"I was being sarcastic."
"Sarcasm. Strike the cage..."

Lines like this need great voice work and comedic timing to land properly, and everyone here is up to the task. Close and Belushi don't really sound anything like themselves as Grandma and The Woodsman; I was surprised to see both of their names in the credits.

Warburton, in particular, excels as the dry, sardonic Wolf W. Wolf who, as the name implies, is a bit of a takeoff on Fletch. He wears a number of disguises as the film goes along, and seems bored half the time. 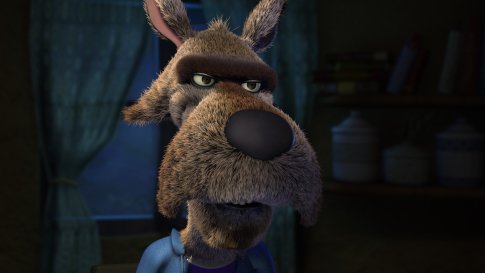 The animation is, as you can see, not quite top-notch. It looks quite good in some places (there are some superb lighting effects at times), but it's all just a bit shy of first-tier. This, combined with the glut of such films, and the bizarre humor throughout, stopped Hoodwinked! from banking too much at the box office. Thankfully, it cost a miniscule $15 million, so it was plenty profitable, and a sequel's in production as we speak. Happy happy, joy joy.

The animation doesn't hurt the film too much, bcause it's passable, and the movie is hysterically funny. This is thanks in large part to the dialogue, and the bizarre secondary characters.

Far and away the most entertaining is Japeth, a mountain goat Red meets on her way to Grandma's. As weird as that sounds, he's also, uh...well, I'll let him tell you:

"I'm looking for Granny Puckett's house?"
[singing] "Graaaaaaaanneeee Puckeeeet..."
"Could you stop singing for one moment?"
[singing] "No I can't, wish I could, but a mountain witch done put a spell on me, 37 years agoooooooo, and now I gotta sing every thing I saaaaaaaaayyyyyy..."
"Everything?"
[speaking] "That's right."
"You just talked! Just now!"
"Oh, did I?" [singing] "Did I? Dididididodadidididoooo..."

It's every bit as goofy as it sounds, but the voice work of Benjy Gaither is tremendous, and makes it work. But Japeth's mere appearance is pretty funny all by itself. Hats off to whoever devised and/or designed him.

Another, more serious supporting character is the detective interrogating the suspects, Nicky Flippers, voiced authoritatively by David Ogden Stiers. And in case you're wondering why he's called "Flippers," well, Red asks him the same question, and you'll just have to see the flick to find out. 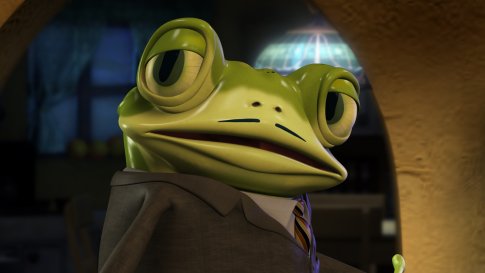 "Ah, remember Ted, pieces of the puzzle make funny shapes, but they still fit together in the end."
"Boy, you're just full o' those, aren'tcha?"

There's also a hyperactive squirrel named Twitchy. Most people will note that he's a good deal like Over the Hedge's Hammy, though Twitchy came along the year before. He's voiced by director Cory Edwards, who recorded his lines and then sped them up 150% to achieve the desired effect.

There's a lot more, as the entire incident is set within the larger context of finding a thief who's been stealing everyone's recipes. The revelation is just another excuse to keep going after the interrogations are complete, though, and to that end it works fine.

Hoodwinked! is best for those who have an innate appreciation for absurdity, or anyone who can enjoy the one-liners without being turned off by the occasionally poor animation. But seriously, how can you not love a fairy tale adaptation that uses the word "Eurotrash"?