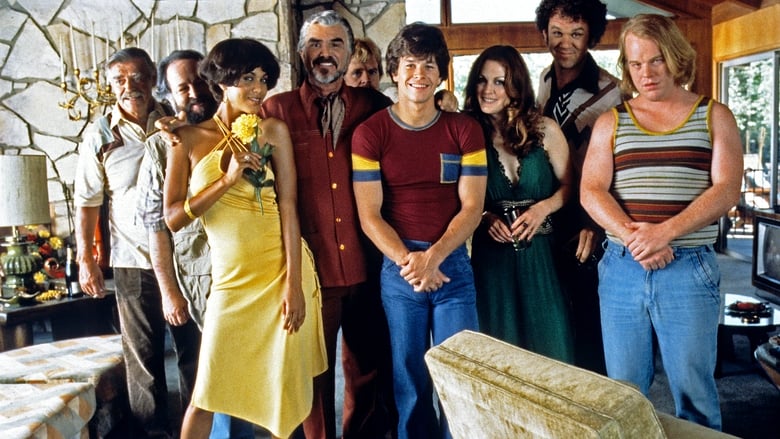 Story : The story on the most part is a rise and fall story similar to Goodfellas . But , there are lots of underlying themes - family being a huge one. As Eddie Adams get's bigger in the porno industry his ego gets bigger and to start it off he changes his name from Eddie Adams to Dirk Diggler . Dirk and his friend Reed (John C. Reilly) rise to the top , but eventually they start using narcotics and everything goes downhill from there. This movie isn't just about two characters though - it's about a bunch : Buck Swope , Maurice Rodriguez , The Colonel , Scotty J , Little Bill , Todd Parker , Floyd Gondolli , Amber Waves , and Rollergirl (played by an all-star cast).

Visuals : Filled with tons of tracking shots and other amazing shots this is easily P.T.A's best movie visually. Along with the very realistic locations the movie takes place.

Humor : Though you don't go into this movie expecting a comedy - there are some parts where you just think it's funny : and some laugh out loud funny parts : again similar to goodfellas.