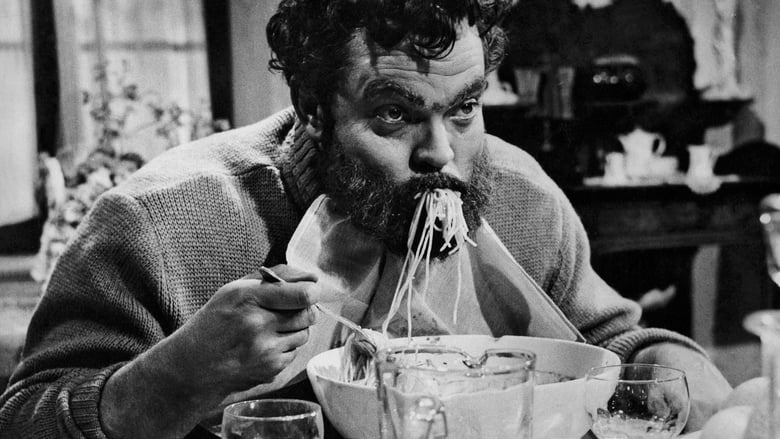 An interesting, if slightly melancholy, look at the final years of one of the greatest mavericks to grace the silver screen.

The Orson Welles I remember (as opposed to the Orson Welles who's films I have come to love) was the gigantic black-clad bloke from the Sandyman Port adverts. The mellifluously toned voice-over exponent. The chat show regular.

That he was taking these gigs to finance his own film projects was unknown to me. In fact, until I saw F For Fake around a decade and a half ago, I had no Idea that Welles' talents extended to anything other than Citizen Kane and the War Of The Worlds radio spoof which I picked up as a free cassette on the front of a magazine.

The look at snippets from 2 decades of unfulfilled dreams (courtesy of his long time love, and one of the best looking women who's ever lived, Oja Kodar) prompted a strange feeling of both sadness and emptiness. The films were shown in the roughest possible cut and the incoherent quality made me wish that the man had had even semi-reputable backers. They might well have turned out to be dogs but at least they'd have been shown as the director had intended. The documentary also shows a number of short comedic sketches that Welles had written and filmed in 70s England which, if I'm blunt, translate three decades later into a 3rd rate Monty Python script, binned before Graham Chapman had the chance to spill a drink on it.

Definitely worth watching, though, if only to hear the great man thunder his way through a few chapters of Moby Dick.