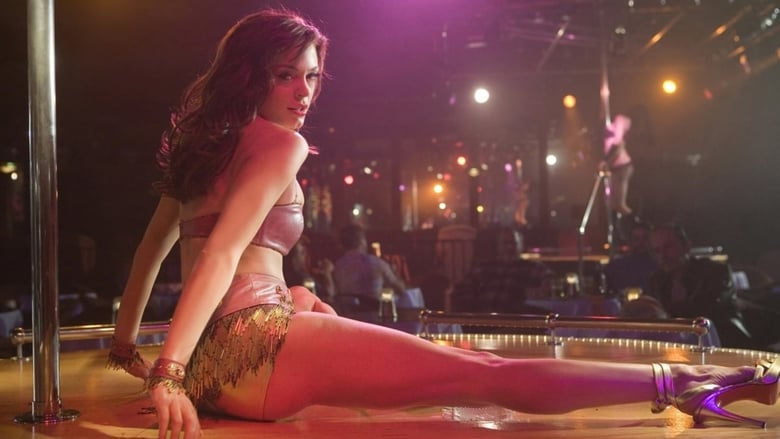 by MovieMaker5087
posted on 4/12/07
in
Everyone is entitled to their own opinion.

With that said, let the opinionation commence.

Being a film enthusiast, I knew what I would be expecting when I walked into the theater for Grindhouse. Cheap films that play homage to ones with the letter "B" written all over them that played in a run-down theater. It was especially nice for me, my brother and cousins, as we had seen it on a Wednesday night, with the theater being barely filled. I say this because Grindhouse theaters never showed blockbusters, and they were never ones to totally sell out, so being in that atmosphere created the sense that I was in 70's, ready to watch some unknown actors engage in dirty sex.

For the most part, that's what I got.

Planet Terror was exactly what I was looking for- the cheap, over-the-top gore zombie 70's flick, complete with its campy effects, story, and style, and your typical 70's exploitation film characters- the runaway stripper, the anti-hero who's tangled up with her, and the cop with mustache. Props given to Robert Rodriguez for cleverly casting Tom Savini, as Savini is one who knows how to make an audience think a zombie is right in front of them; he worked with zombie veteran filmmaker George A. Romero on his zombie classics, Dawn and Day of the Dead. His acting skills played a nice homage to his work. It also had its attempts to win you over by humans performing daunting and impossible feats (an obvious satire/homage) and pointless sex (pointless in terms of that there's a zombie holocaust going on outside, but yet, there's always a time to make time to "do the do"...again, another cleverly paid tribute to past horror films). I also enjoyed the campy dialogue, primarilly when Freddy Rodríguez told Rose McGowan that he "never misses" and patted her stomach... that had me and my family chuckling aloud.

All in all, Planet Terror did not fail to dissapoint me. Being a big fan of the zombie sub-genre of horror, this had all that I was looking for, as well as on the level of the 70's exploitation film- the film grains and the dissolving film only added to it.

As for the intermission? Very clever and unique- I loved seeing the theater dimming the lights on for those who needed to use the restroom. Again, it made the experience go back in time. The bogus trailers? Ingenious, hillarious, and cleverly rendered as the one's any one of us would have seen back in the day. The labels marking the films as "restricted" were crafty as well.

On a side note, how could you not like Eli Roth's parody of Halloween, Thanksgiving? That poor cheerleader... /sarcasm

So, in recap- the first half of the film? A great treat and homage and an all-out fun experience.

Then Death Proof began projecting onto the screen.

And that's when I wanted to hang myself.

Remember, everyone is entitled to their own opinion's.

Just let me say some stuff first before I review anything...

Quentin Tarantino is one person in Hollywood that I respect in terms of acknowledging the presence of past films and bringing to light the style in which they were presented.

With that said, then what the hell did he attempt to accomplish with Death Proof?

I understand that Tarantino is one to use lengthy dialogue in film. Just look at Reservoir Dogs and Pulp Fiction. One talked about an interpretation of Like A Virgin and the other talked about "divine intervention" amongst other things. Granted, the dialogue was lengthy at times, but it kept you interested, because simply, they were talking about interesting things.

With Death Proof's dialogue, it almost appeared as if Tarantino just set up a dolly and camera, looked at his actresses, and went "Girls, talk about anything and I'm gonna film you. Just don't forget to make mention of that car you want... ACTION!"

And this is where I'm seeing a 50/50 split in the movie for a lot of people, especially after talking to some friends and reading up on some other internet forums, such as imdb's boards on Grindhouse.

For the first half of people, they found Tarantino's dialogue to be one that payed the most perfect homage to the Grindhouse films- lenghty, boring dialogue to fill in the budget and time and the ultimate lead-in to the climatic scene, whatever it may be. And for the other half, it was as if they all would have rather drank Gary Busey's urine than sit through those parts, it was that boring for them.

And I can't argue. I kept wishing that Kurt Russell would drive through the screen and kill me, Tarantino's dialogue (and film, for that matter) was that bad.

And not just "bad", I'm talking pointless, boring bad. I mean, in the middle of the movie, it suddenly hit me- Tarantino's a genius, and I'm honestly not being sarcastic. He really is. Why? Because he was able to create a real life conversation about other people's lives that no one cares about. Seriously- unless something interesting catches your attention, do you ever really pay attention/care about other people's conversation's in a restaurant? No, you don't. It was too drawn out, and the attempt to get to the point- Zoe Bell wanting that special car of her's- took what seem to have been forever. But yet, that's how it is in real life, so props to you, Tarantino, for creating the perfect scene. Who else can create real life boring conversations? Whatever happened to interesting topics, such as God stepping in front of bullets to save lives? Again, this is where the internet community I've seen is torn in half by this- either you loved the dialogue or you're like me and you wanted it to be short and sweet and to the damn point, which it was, after twenty minutes of girls talking about sex. And that's just the restaurant scene- I'm not even going to bother to bring up the other conversations.

And Death Proof, for all intent and purposes, was just plain boring. Aside from the dialogue, I don't understand how people say that this is a slasher picture. Where's the knife? You say slasher, you think knife and either Halloween or Friday the 13th, not Kurt Russell bashing Rose McGowan's head against the dashboard going speeds that would even make the Duke boys get jealous. The conversation's took away from the film, and overall, it gave it a bad taste, even for exploitation film standards.

Don't get me wrong... I understand that Tarantino was going for two films wrapped into one package: the bad slasher flick alongside with with the women get's revenge films tapped together with the label "so bad it's good". How about so bad it sucks? This was a bad attempt to pay homage to both those films. Had the film been cut down a hell of a lot shorter than it was, then I'd probably be giving you a totally different review. But since it wasn't, that is all I had to say about it.

But good news, nonetheless, for the film's DVD release. In an interview with Opie & Anthony, Kurt Russell said that the two movies, Planet Terror and Death Proof, would be individually released on DVD later this year, complete with deleted scenes.

(jrs made mention of this in The Grindhouse Thread.)

That's a smart move, as this is one time where I'm glad I won't be buying two movies for the price of one.