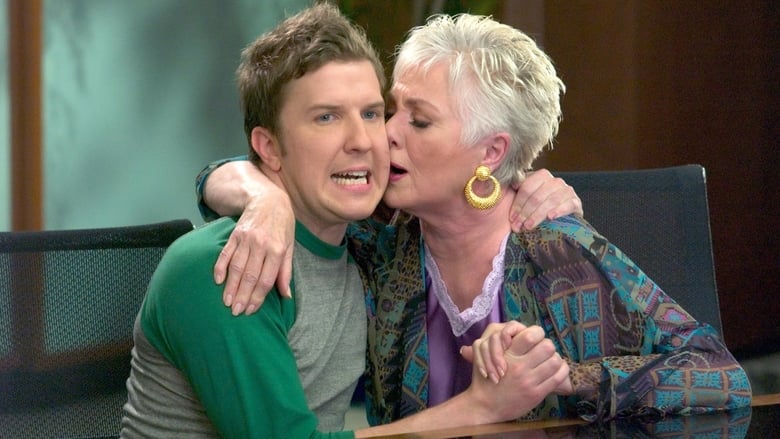 
After "not paying rent" in his old apartment, 25 year old gamer Alex has to move in with his grandmother and her two lady friends. Free food, smoking weed and playing games sounds like the best thing for Alex, but his grandmother is making him do chores around the house. These chores are making Alex too tired to test any games for glitches, or even finish his own game "Demonik".

This is a film that is made by the guys that you always see in Sandler's films. Why someone out there thought that they deserved their own film is beyond me, but here we have it and they missed the ball completely. With a concept that would appeal to many "geeks" and gamers alike, the film just has no really funny moments to keep the laughter going throughout. Maybe if "Grandma's Boy" concentrated less on the weed and more on the games, then this film would be a lot funnier.

With Allen Covert in the lead role (you might recognize him as Sandler's roommate in Little Nicky) I had my doubts that he would be able to hold the film on his own. While he does try his best, he gets upstaged by Nick Swardson as Jeff, the race car bed guy. Swardson manages to get most of, if not the only laughs in the entire film, whether it be his Dance Dance Revolution jig or just his tone of voice, he is without a doubt the highlight in the unfunny flick. I see good things for hi in the future for comedy. Not even the random cameo's from SNL alumni can get a laugh, with Rob Schneider, David Spade and Kevin Nealon (in a bizarre role). I'm still sitting here asking myself why is Doris Roberts even in this film.

For a film about video games and video game testers, there isn't that many moments of video games in it. Other then the final of the film, that serves no purpose what so ever...come on, the grandma playing the game? Along with one or two other moments the film is really about smoking weed and having a party. If the filmmakers had left out the whole weed part of it and added in more games and more comedy involving games, poking fun at gamers, then I could find myself enjoying it a bit more. This is also one of the few films when I question the point of having nudity in it. Is it to get a laugh with the kid sucking on the breasts?

One of the long running gags in the film is that it pokes fun at the "Matrix Geeks", with one of it's character dressing up like NEO and acting like a robot, much like Keanue Reeves acting. This character has to be the most annoying part of the entire thing. His constant robot speeches and actions get tiresome after the second time and eye rolling the third and fourth. I wanted to shoot myself every other time he did it.

There is no real plot to the film, it's just about a guy who moves in with his grandmother and has to test a game. Near the end, there is somewhat of a plot when the neo character steals the game from Alex and he has to prove that the game is his, but the answer they come up with is ridiculous. Jokes drag on way too long that aren't funny, again the matrix guy, and jokes that do work are way to short, Dance Dance Revolution.

I'd recommend that you skip this film as it has no real funny parts that weren't shown in the trailer. You may laugh at the fact that the lead character does in fact look like Mel Gibson. Grandma's Boy is a painful experience that will have you scratching your head as to why you gave it the light of day in the first place.