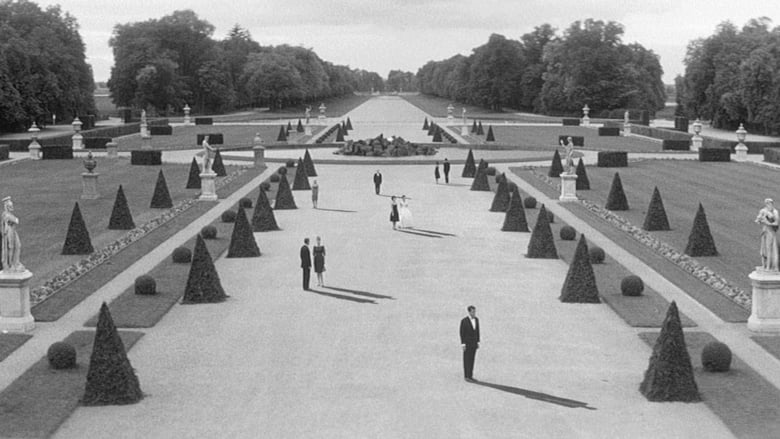 
An affair of timeless tragedy plots its own surreal demise

At a luxurious health spa a man detaches himself from the baroque banalities of his surroundings and approaches a distant woman. They seem to hit it off. They should. They met one year before - or so he claims. She is amused, but non-commital. He is persistant, but adroitly so. And so they dance their way discretely amongst the ominous displays of power and wealth that lie on all sides. But only they seem to be playing a game which is in any way alive.


I could as easily wax lyrical about this film as spit on it from a great height for its pretention. But, given that it's concocted so well, i'll let this review fall under it's spell. I certainly did while I was watching it, after all...

Suffocating and beguiling poetry, spliced with silence, greet us as we enter this film, only to be replaced by a stream a curiously consistant non-sequiters, both verbal and visual, as we are drawn further into its thrawl. It's an immediately dreamlike way to begin.

The tone never entirely sits still tho - even as the central players draw the world towards them, intriguing the viewer with their familiar yet obscure exchanges. The haughty realm of the health spa revolves around them in a wilful ballet of symbolism, lined with idle aristocratic sophistry, reeling ever more haphazardly as time throbs and fades with increasing subjectivity. You feel for the two would-be lovers at the centre. You feel you'd like to know which combination of reality you're presented with is real too.

It doesn't actually matter where they end up crawling through this marble-jungle though. What matters is that in this airless arena, they seem to be able to live off each other's breath, although rarely do they have the courage or foolishness to abandon the statuesque poise this stage requires of them.

To watch this is to be caught in a dream world that can be dazzlingly abstract - only occasionally alluding to matters which are bruisingly real. It's ultimately ludicruous by the end, but structurally ingenious none-the-less, and its outlandish pretentions don't dismantle the illusuory magic that has been spun. In fact, they sit at the heart of the curious conditions constructed here - and explore, mainly splendidly, and particularly stylishly, a very human conundrum.

Even though time and place are weaved to and fro, everything is suffused with a feeling of immediacy, and continuity. Resnais really has made reality dance to his tune. 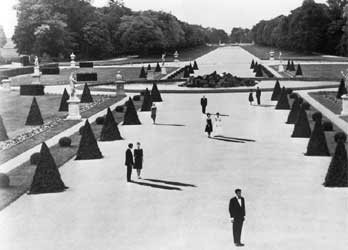