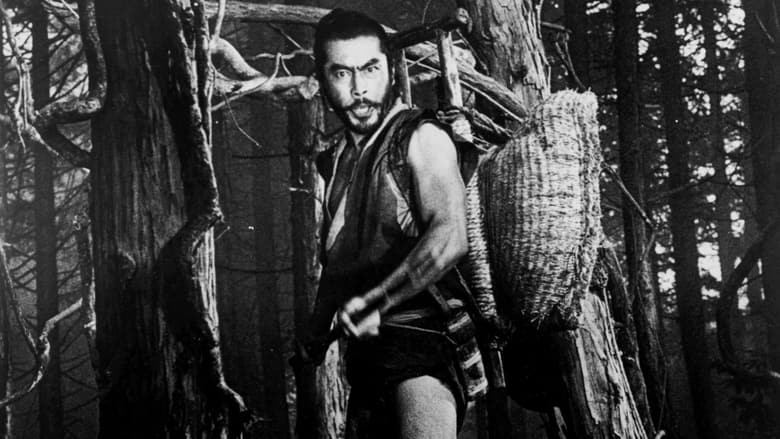 by LordSlaytan
posted on 8/29/05
in
Rashomon

I would like to state right from the beginning that Akira Kurosawa is my favorite director. That title used to belong to Stanley Kubrick, but upon revisiting so many classic and contemporary Kurosawa films, I couldn’t deny just how much I love his pictures. I’ve seen 16 Kurosawa movies, and am hard pressed to give any of them lower than an A- rating. There aren’t any other directors I can think of who I would score so perfectly. I still need to see quite a few of his films, but mainly from his early years, which don’t seem to be as lauded as his work from the 50’s on, but there are also a few which are peppered within his later works that I’m quite anxious for. Anywho…

Rashomon is one of my favorites for a whole helluva lot of reasons. First is the casting. Toshirō Mifune, Takashi Shimura, and Minoru Chiaki were in a lot of Kurosawa’s films and they were always perfect for the roles they were cast for. This is the only film I have ever seen Machiko Kyō in, but I’m used to women like her from other Akira flicks. He quite regularly had powerful, or at least intriguing, women in his films who were always a treat to watch.

Another thing that is exceptional is the cinematography. The opening tracking shot of the woodcutter in the woods is classic, beautiful, and at the time, completely unique. It gives a feeling of peace and tranquility…until the stark contrast used when he finds the body. I just love that shot too…the extended hands formed in a claw…the reaction on the woodcutter’s face…and the way he disappears into the foliage. It’s also interesting to see the different styles used depending on the who’s telling the story. Close-ups, shadowing, filtering, and other tricks of the trade are used differently depending on the perspective. The aesthetic properties of each tale gives subtle clues of each person’s viewpoint…but not, of course, of the truthfulness of the story. That said…

The best thing about Rashomon is the story itself and the way it’s translated. The gist of it all is this: because of our perceptions, any truth that we believe in is subjective. Our own desires, ideas of ourselves, and attitudes about others slant any subjectivity our truth holds. It’s unrealistic to believe that there is such a thing as absolute truth when the truth can, and so often does, change depending on who’s relating it. We see it all the time just in our media, let alone on a more personal level.

I like the way the characters change, even if it’s only in a subtle way, from scene to scene. I especially like the woodcutter’s idea of how the fight that led to the death of the man was fought in terror. In all the other three tales, there was some form of bravery or self-sacrifice by at least one of the players, but in the woodcutters…they’re all pathetic…and human. Though, we still can’t take his accounting as truth either…after all, it’s pretty much established that he took the knife, so he has reason to lie as well.

Anyway…I don’t want to monopolize the conversation, so I’ll stop here…but I can talk about this all day.

BTW: These are the Kurosawa films I’ve seen. If anyone has any questions about them…I’d be glad to chat about those too.