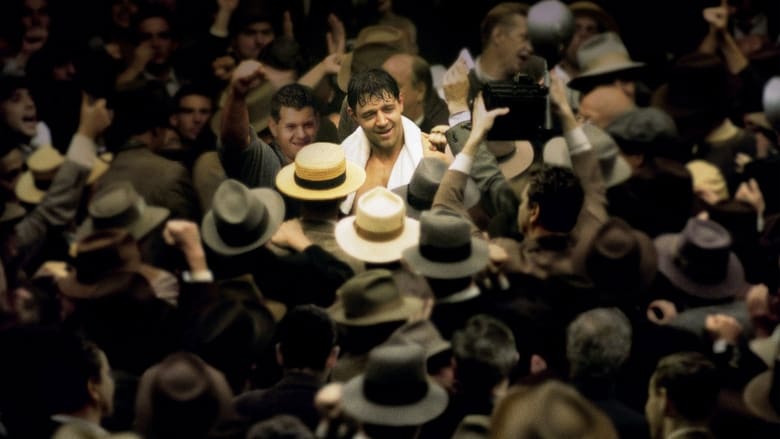 by Austruck
posted on 6/04/05
in
I got to see this movie in April as part of an advance press screening for members of the Evangelical Press Association. There were some amazing things in this movie, including the roles of Crowe and Paul Giamatti, a vastly underrated character actor who's been around a long time but is only now beginning to be recognized for his talent.

There were certain scenes in the movie that were entirely jarring, in a way only Ron Howard could pull off without being schmaltzy. I don't want to give away anything, because you have to go into it not knowing what's going to happen, but the scene in Giamatti's apartment is unnerving in what it shows about his relationship with Crowe's character, James Braddock.

Another moving scene is when Crowe/Braddock goes into the country club to ask for help. The awkwardness of the scene is palpable -- again, due to good acting by Giamatti and Crowe.

Sometimes I like Zellweger's roles, and other times she annoys me. This time I come down right in the middle.

She did a good job, but for some reason I just don't think she was the best choice for this role. Unlike Crowe and Giamatti, she just didn't seem to fit.

You're right about the length of the film not being an issue. Things continue to move along ("pop pop BAM," as Giamatti's character would say), and you don't notice the movie is as long as it is. However, I will say that, if this weren't a mostly true story, it'd be a bit over the edge in the schmaltz category. What saves it is precisely that it is true (for the most part). When you see the stark reality of how James Braddock had to live and obstacles he had to overcome, it makes you want to try harder in your own life.