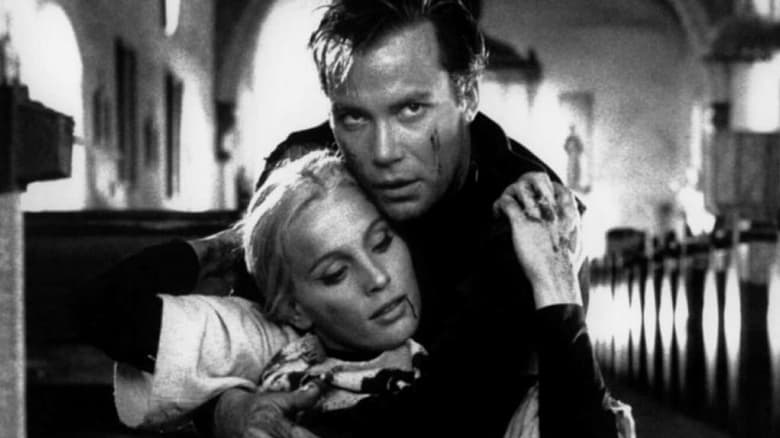 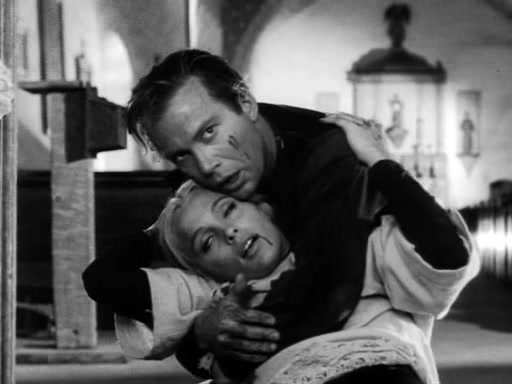 Kia (Allyson Ames) is a subbus who, along with fellow demon Amael (Eloise Hardt) seduces and kills the vain men who come to her small seaside town where the water are purported to have healing and beautifying powers. But Kia is bored with "harvesting" already rotten souls and wants a challenge. Enter handsome soldier Marco (William Shatner) who has come to the town with his sister, Arndis (Ann Atmar) to take advantage of the healing waters. But when Kia and Marco develop a deep and mutual attraction, they'll find that they're both in danger.

It's been at least 15 years since I first read about this film, and since then I've seen it intermittently referenced, mainly as the butt of a joke. But this is a frothy little piece of horror melodrama with some spooky visuals and a compelling story that only builds in consequence as it progresses.

The choice to center this film on the experiences of its anti-hero, Kia, already makes for an interesting structure. Kia is warned by Amael that messing with decent people can lead to developing feelings for them, but Kia doesn't heed that warning. Her confusion at falling for Marco's stupid hunky purity is very engaging. This only increases when Marco, unaware of exactly who and what Kia is, takes her into a church. The conversation between Kia and Amael afterward---that taking her to a holy place was a violation and that she needs revenge--moves the story to another level of drama.

Ames is good as Kia, playing a mixture of pride, bafflement, regret, and attraction. Hardt makes for a nicely icy counterpart, essentially the demon on the shoulder of the slightly-less terrible demon. Is Amael advising Kia or tempting her? The blurring of the nature of their relationship is a lot of fun. In this mythology, there's a strange sense of the succubi having some autonomy and not necessarily being inherently evil. Shatner--whose presence is probably to blame for the lazy contempt tossed in the film's direction--is perfectly fine as Marco. He doesn't understand what he's in for until things get really bad.

After the church incident, Amael convinces Kia to summon an incubus (Milos Milos) to punish Marco. The performance Milos gives is . . . weird. It's weird. But it's the kind of weird that adds to the atmosphere of the film. A sequence where the incubus comes after Arndis is, as it reaches its peak, legitimately disturbing.

In fact, as the film swings into its last act, the weirdness and upset really gets turned up a notch. The movie gets a lot darker and more upsetting than you'd imagine from the slow, low-key beginning half where most of the horror comes in the form of black clad figures standing along the beach. Very specifically (and yet vaguely--no spoilers!), I think that the film really nails the last few minutes.

There are a few minor downsides. One special effect is not very convincing, and it means that a certain sequence treads on the edge of being silly instead of scary. But I was invested enough in the characters to shrug this off. The movie is also in Esperanto, which is only a bit of an issue because at times you can sense the cast trying to get themselves around the various pronunciations.

With a great premise, some fabulous visuals, and a solid ending, this is an easy recommendation for any horror fan.