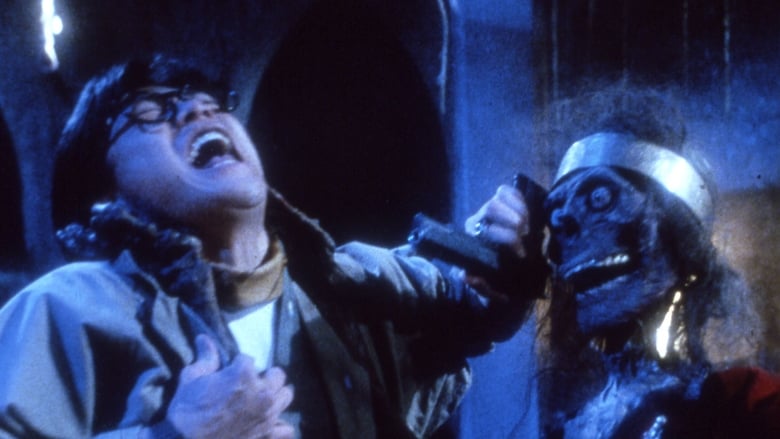 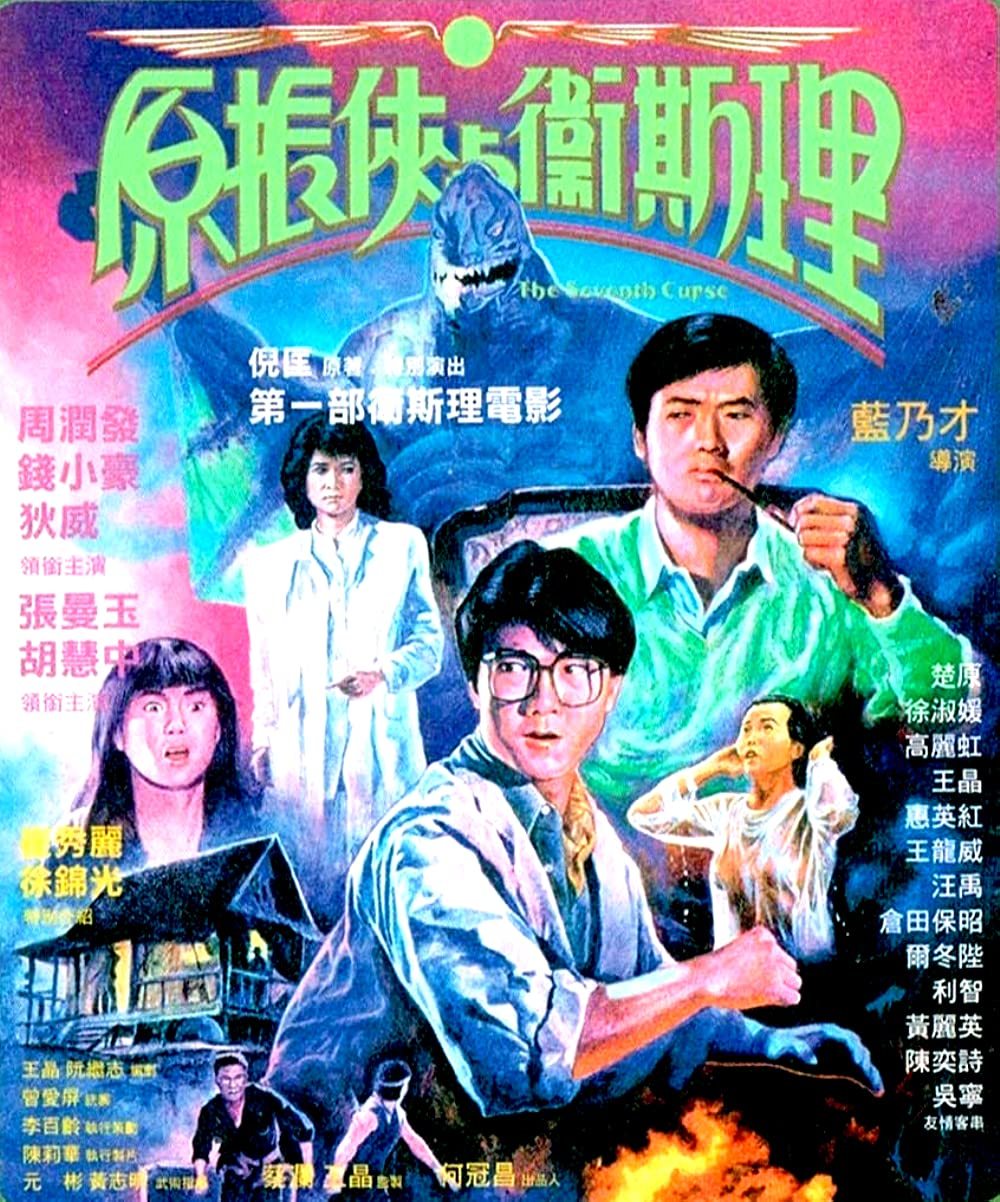 We open with a standoff between cops and crooks. The cops have the crooks surrounded but the crooks have a sharpshooter. Our hero, proving what great big cojones he has, enacts a scheme to surprise the bad guys by pretending to be a doctor, but it nearly goes awry when the nurse who's supposed to accompany him turns out to be a pesky reported not in on his idea. What erupts is as rollicking as any action scene in mid-'80s Hong Kong cinema, but it's shot in moody blue lighting and wide angles, as if to let us know something is up. Well, it turns out he has some curse that will cause him to die gruesomely if he gets near a woman, which coincidentally is the exact same reason I'm still single.

So naturally he has to go down to Thailand and investigate an evil cult. We know this cult is evil because they're all about human sacrifices, and when one of the cult members isn't down for doing a human sacrifice, the leader sics a ****ed up lizard baby monster on him, which is a great way to settle an argument. It turns out the person they plan to sacrifice is this total babe the hero saw earlier in the water in a see through gown, and he ends up pissing off the cult when he saves her. Imagine the scene in Cannibal Holocaust where Robert Kerman watches some of the cannibals rape a woman without intervening so he could follow them back to the village, and imagine if instead he jumped in to put a stop to the rape, only because he wanted to get with the cannibal woman. To repay the favour, she helps save his life by taking off her clothes, cutting her breast in closeup and feeding him a bloody orb. All of these steps are very important, and this isn't the only time someone eats an orb in this movie. Also, it turns out he still has the curse, and more hijinks ensue. I dunno, a lot of things happen, it's hard to explain.

If I had to summarize this movie's influences, it's roughly a combination of A Chinese Ghost Story and Indiana Jones and the Temple of Doom. It pulls from the energetic visual style of the former, and the action-adventure elements and gonzo luridness of the latter, cranking it up a few degrees in explicitness. (I understand gross supernatural horror was a popular genre in Hong Kong cinema, but I think this one pretty blatantly takes cues from the Spielberg movie.) I do think the action-adventure mold presents a bit of a problem, in that the movie isn't terribly interested in making sense of the curse, meting out explanatory details as a total afterthought, so that the stakes aren't entirely clear. That being said, any story here is clearly a clothesline for the set pieces, and the movie is so packed with incident that narrative flimsiness becomes a non-issue. Every few minutes there's a high energy action scene or two-fisted image to hold your attention. Glowing eyeballs, reanimated skeletons, that ****ed up lizard baby monster, torn flesh, worms. It's like the Bulk Barn of action-horror movies.

The bigger problem is that Chin Siu-Ho is pretty bland as the protagonist. He's supposed to be some sort of dashing ladies man, but we never see how smooth he actually is. As the centre of the movie and the person upon whom all emotional stakes are placed, this is a bit of an issue, but his flatness means that our attention turns to the supporting players, and this is a star-studded cast. The posters prominently feature Chow Yun-Fat, but he's really in the movie for a few minutes, popping up sporadically to huff on a pipe, although he does get a great moment in the finale. The role carries the aura of someone calling in a favour, but I like to think that Chow just wanted something to do on his day off and showed up to the set. There are also a ton of smaller roles from recognizable faces (Kara Hui and Yasuaki Kurata as police officers, Chor Yuen and Wong Jing at a party, Joyce Godenzi as a woman the hero tries to pick up, to name a few), but really this movie is Maggie Cheung's show. Her role as the pesky reporter could have been annoying in other hands, but she plays it for maximum goofy charm. Cockblocking the hero at every turn, getting herself into all kinds of trouble, but also saving the day multiple times thanks in part to the shitload of guns she brings to the adventure. A character that's very hard to hate, especially in Cheung's tremendously charismatic hands.