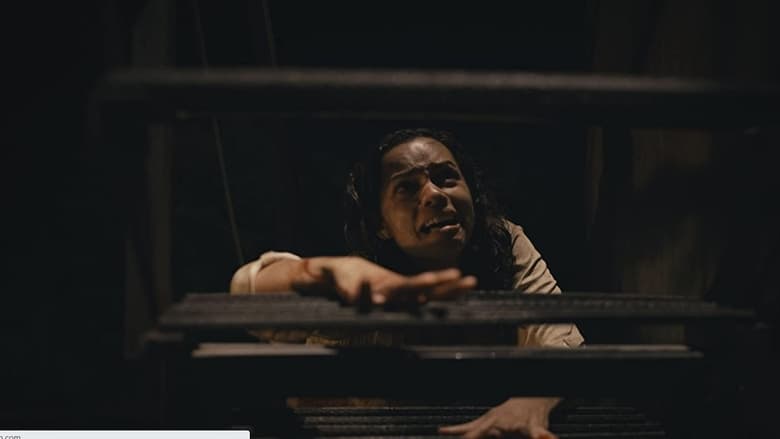 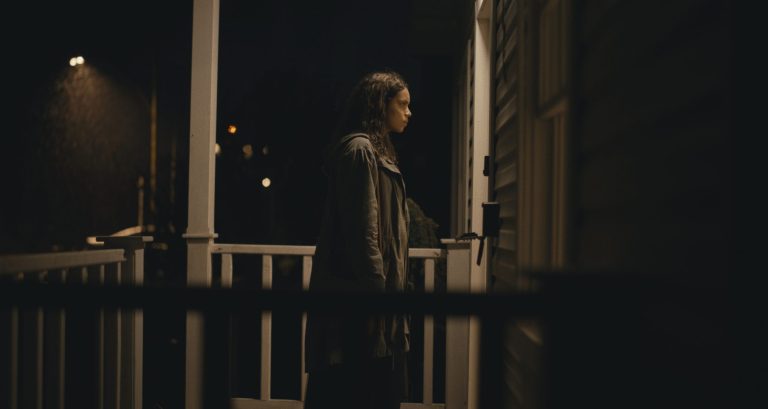 Tess (Georgina Campbell) is in Detroit for a job interview. But when she arrives late one rainy night to her AirBnB, she discovers that a man named Keith (Bill Skarsgard) is already staying there, seemingly the result of an accidental double-booking. After some initial awkwardness, the two agree to share the house, and Tess ends the evening by locking herself into the bedroom. In the middle of the night, though, she discovers her door open, and from there things get strange.

I went into this one knowing basically nothing about it. (I'd seen a trailer when I saw The Black Phone in the theater. I'm realizing now that trailer did a good job of not giving too much away!). I'm definitely glad, as there are so many elements of the film that I absolutely did not see coming, in both a plot sense and a structural sense.

Campbell is an engaging lead, and her charisma becomes increasingly important as Tess begins taking risks that had my audience wondering out loud several times "Why are you doing that?!". I was right there with them, but I liked her enough that it pulled me through some of the more improbable moments. Skarsgard also does a very nice job as Keith. The film manages to walk you very nicely along wondering whether Keith is a creep, or just a normal guy whose attempts not to look creepy slightly backfire.

As the movie goes on, layers of dark comedy creep in along with some gritty, gory stuff. It's a story that never tips its hand about how it will all end.

My only complaints were those moments of characters making really poor decisions. I appreciate that the film sort of tried to establish that certain "solutions" wouldn't actually work, but it wasn't quite enough. I also felt like one aspect of character work, done later in the film, fell awkwardly between not being long enough AND being too abrupt.

Really enjoyable. A great rainy Sunday movie. (Though if you can see it without being seated near people covered in white supremacy tattoos, I would recommend that.)