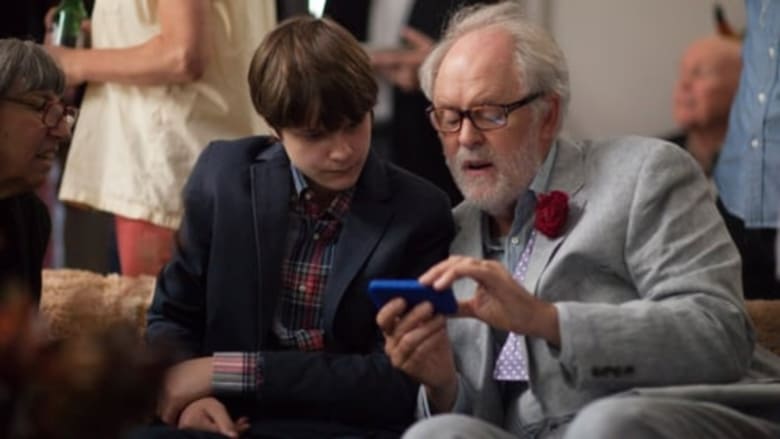 Ben (John Lithgow) and George (Alfred Molina) are romantic partners who, after 39 years together, finally get married. Unfortunately, this loses George his job teaching music at a religious school, and the resulting drop in the couple's income forces them to give up their apartment. Forced to live apart--each man staying with family while they try to find more affordable housing--the two try to remain hopeful even as their circumstances take a toll on them and their loved ones.

This is, in many ways, a very subdued film that looks at an older couple trying to get by in a challenging environment and the difficulty of being forced to live in close quarters with their families.

Something that is interesting about the film is the way that the couple being gay both does and doesn't weigh on the narrative. Half of a couple suddenly losing their job is a thing that could happen to anyone, likewise the stress of multi-generational living has little to do with the sexuality of the leads. On the other hand, there's an added element of tragedy to all of it because of the fact that Ben and George have only just had the chance to make their relationship official. Their lives are still full of "gentle" homophobia, ranging from George's employer having to fire him because it's policy to Ben's grand-nephew, Joey (Charlie Tahan) slinging the word "gay" around, but assuring his uncle that, you know, it just means "stupid". It's a reminder that you don't need hateful slurs or violence to add a weight to someone's every day existence.

Lithgow and Molina do a great job of giving Ben and George a lived-in feeling. You can really believe that they're this old couple that's been together forever. The other actors are also good, including Tahan as Ben's grand-nephew who resents Ben crashing in his bedroom or Marisa Tomei as the wife of Ben's nephew, a woman who works from home and clearly resents Ben's presence in the apartment.

All that said, something about the story feels a bit faint. It's largely observational, noting the way that Ben and George are alternately ignored or treated as objects of annoyance. It would have been nice to see Ben and George living together--a glimpse of their domestic routines as a contrast to where they end up for most of the film. Too much time is given to a strange subplot about Joey and his friend stealing books from the library. There's just a bit of oomph missing, and my sense it that this comes from the way that the film tries to spread attention around all of the characters instead of really honing in on the main couple.