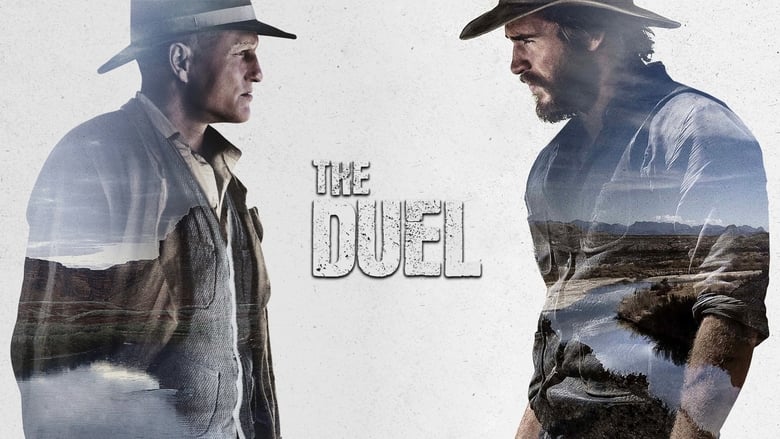 
The Duel is the kind of movie that brings a knife to a gunfight. This is a western, mind you; we’re expecting a showdown at high noon your in standard frontier town with a wide Main Street, a saloon, and a room over the saloon occupied by a sexy hooker. Instead, we get a "Helena duel" (two, actually), wherein "You shall pour out each other's blood and we will cover it with dust. Whomever bleeds the dirt red the most today, his deeds shall not be forgotten." Yeah, I don’t get it, either.

As far as I can discern, this film is an allegorical indictment of the Minuteman Civil Defense Corps; never mind that that group was dissolved six years before The Duel’s release (though the Minuteman Project, a comparatively less Ku Klux Klany organization, remains active to this day).

The problem is that the filmmakers can’t make up their minds on how they want to go about making their point. On the one hand we have the xenophobic, tyrannical, snake-handling preacher/mayor of the town of Mount Hermon (a border town; if nothing else, they got that part right), Abraham Brant (Woody Harrelson), and on the other, a Hunting the Most Dangerous Game-type plot.

Either of those two premises provides enough separation between the allegory and its intended target for the conceit to work; I would have stuck with the former, if only because the latter had been done to death even in 2016 — also, they had, on paper, the perfect actor for the power-mad evil preacher; unfortunately, Harrelson unusually phones his performance in. This role requires a Large Ham, like Guy Pearce in Brimstone, but Harrelson’s dial never even comes close to 11.

To unnecessarily complicate matters further, there’s David Kingston (Liam Hemsworth), an undercover Texas Ranger sent to investigate the Mexican corpses turning up in a strainer downriver from Mount Hermon. The notion of an undercover Texas Ranger is dumb enough as it is, but the filmmakers manage to make it even dumber. Kingston and his wife Marisol (Alice Braga) pose as a traveling couple just passing through. So far so good, sort of. The wheels start to come off when, out of the clear blue sky, Brant offers Kingston the vacant sheriff job. Kingston accepts the gig because "it's the ideal cover until I can figure out what's going on here."

In-universe, it is ideal — too ideal, perhaps; never for a moment does Kingston find it the least bit suspicious that Brant would give the second most important position in town to the first random stranger that literally rides into Mount Hermon, regardless of whether or not he’s qualified for the job (as a Texas Ranger, Kingston is certainly qualified, but Brant doesn’t know that... or does he?).

Now, if it’s the ideal cover, why not make that the actual cover, instead of the cover to the cover? First of all, who ever heard of a cop going undercover as a cop? And second, why didn’t the filmmakers simply have Kingston pose as the new sheriff? Why do in three steps what you can do in just one?

PS. I’d be remiss if I didn’t mention a Wikipedia article (albeit one that looks more unreliable than usual) according to which there was such a thing as a Helena duel; moreover, "Helena was once known as the self-proclaimed 'toughest town on earth' in the mid-19th century." Leave it to the makers of The Duel to set their movie in the next town over; this is like making a film about the eruption of Mount Vesuvius in AD 79 called The Last Days of the City Adjacent to Pompeii.
» More about The Duel
» More reviews of The Duel
» More reviews by JPRetana