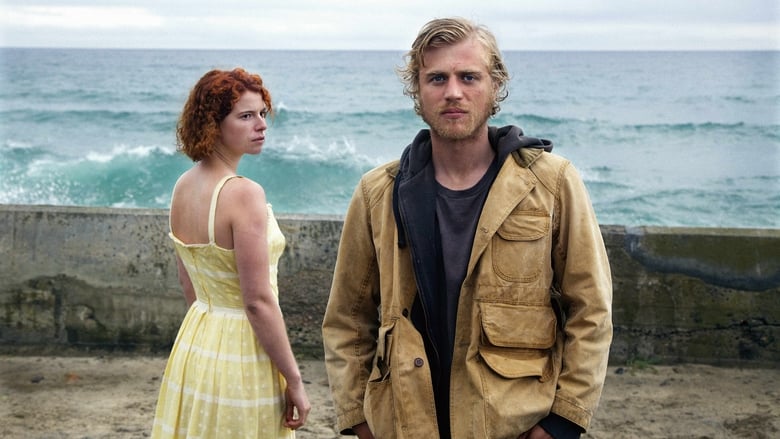 Moll (Jessie Buckley) is a young woman still living at home with her oppressive, mind-game-playing family. One morning a handsome man named Pascal (Johnny Flynn) saves her from a handsy man Moll met at a nightclub, and the two begin a love affair. But when a series of abduction/murders take place, Pascal is on the short list of suspects and Moll finds herself lying to protect him even as she starts to realize he might have some serious issues.

There's a horror/thriller trope that plays out in a lot of films which I'm sure a lot of movie viewers will recognize. You know, a quirky or innocent young woman gets into a relationship of some sort with a seemingly dangerous man. But wait! Could it be that our quirky young woman is just as dangerous or--GASP--even more dangerous than the dude?! When done well, it can certainly be effective, as in Stoker, but it's definitely an overly-familiar dynamic.

For the first two-thirds, I felt that Beast walked the right line with this dynamic. It refuses to tip its hand either way regarding Pascal's guilt or innocence, and likewise plays things close to the chest when it comes to an act of violence in Moll's own past.

There's also, for about the first half, a really neat contrast between Moll's treatment by her family and her treatment by Pascal. Moll's family, and especially her mother, keep her in a constant state of apology and guilt. Part of the emotional manipulation is referring to Moll as being their "friend", and we see the way that Pascal utilizes the same techniques, but Moll can't see it because she's so alienated from her family.

Buckley is good as Moll, and Flynn is also solid as Pascal. Together they manage to generate tension and build anticipation about who will reveal or do what. There's also the mundane wickedness of Moll's family, with Geraldine James and Shannon Tarbet giving icy cruelty as Moll's mother and sister, and Trystan Gravelle exuding smarmy concern as a local police detective with designs on Moll.

From a visual standpoint, the movie has a lot of lush colors and makes the most of Buckley's flaming red hair and Flynn's deep blue eyes. The richness of the colors also echoes Moll's emerging passions, contrasting with the sterile beige of her family's home and outfits. I also liked the element of a hair that grows on Moll's throat, a great representation of how one small difference or abnormality can weigh heavily in making a person feel different.

The last act, though, and really just the last twenty minutes are where the film falters. It's a case of having done things differently in some neat ways, but then not quite knowing how to wrap things up without dipping back into the cliched territory it skirted for the rest of the film.

A good thriller with strong central performances that doesn't quite manage to escape the weight of the cliches baked into its central premise.