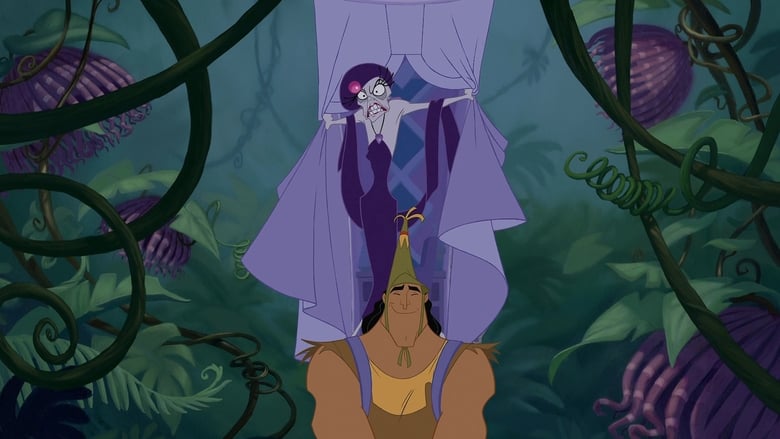 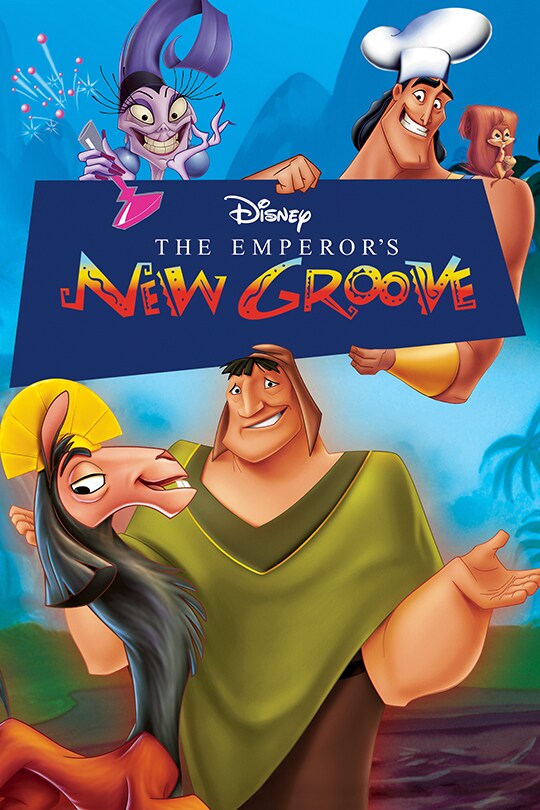 Emperor Kuzco (voiced by David Spade), the selfish and self-absorbed leader of a jungle kingdom, has just finished telling a local shepherd named Pacha (voiced by John Goodman) that he plans to destroy the village where Pacha lives to turn it into a summer home. The next day, Kuzco's administrative aide, Yzma (voiced by the legendary Eartha Kitt) and her assistant, Cronk (voiced by Patrick Warburton) plan to poison Kuzco in order to take over the kingdom. The poison turns out to be a potion that turns Kuzco into a Llama, who is ostracized from his kingdom and his only hope of becoming human and regaining his throne ends up in the hands of Pacha. 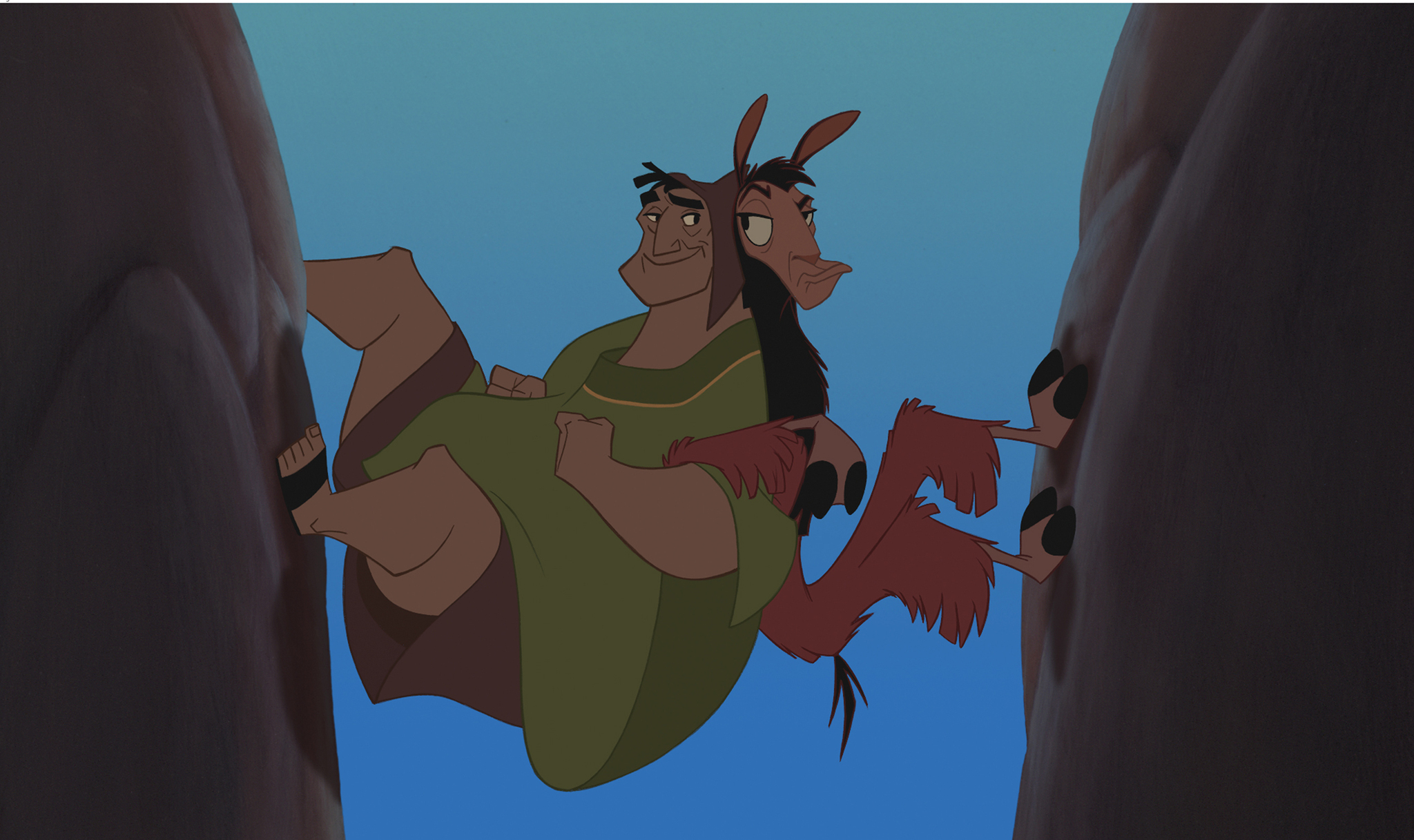 Almost a dozen writers contributed to the crafting of this wonderful story which not only starts off near the end with the Llama emperor alone in a swamp and then flashes back to the real beginning of the story, accompanied by a very funny narration by the emperor that not only helps the viewer understand the story, but helps the viewer to understand the kind of person this emperor is, reminding us every couple of minutes during the story what's going on with him and when the story strays from him, he is given the power to bring the story back to focus on him. There is even a brilliant moment where the character actually breaks the 4th wall in order to put audience focus back where it belongs...on him. 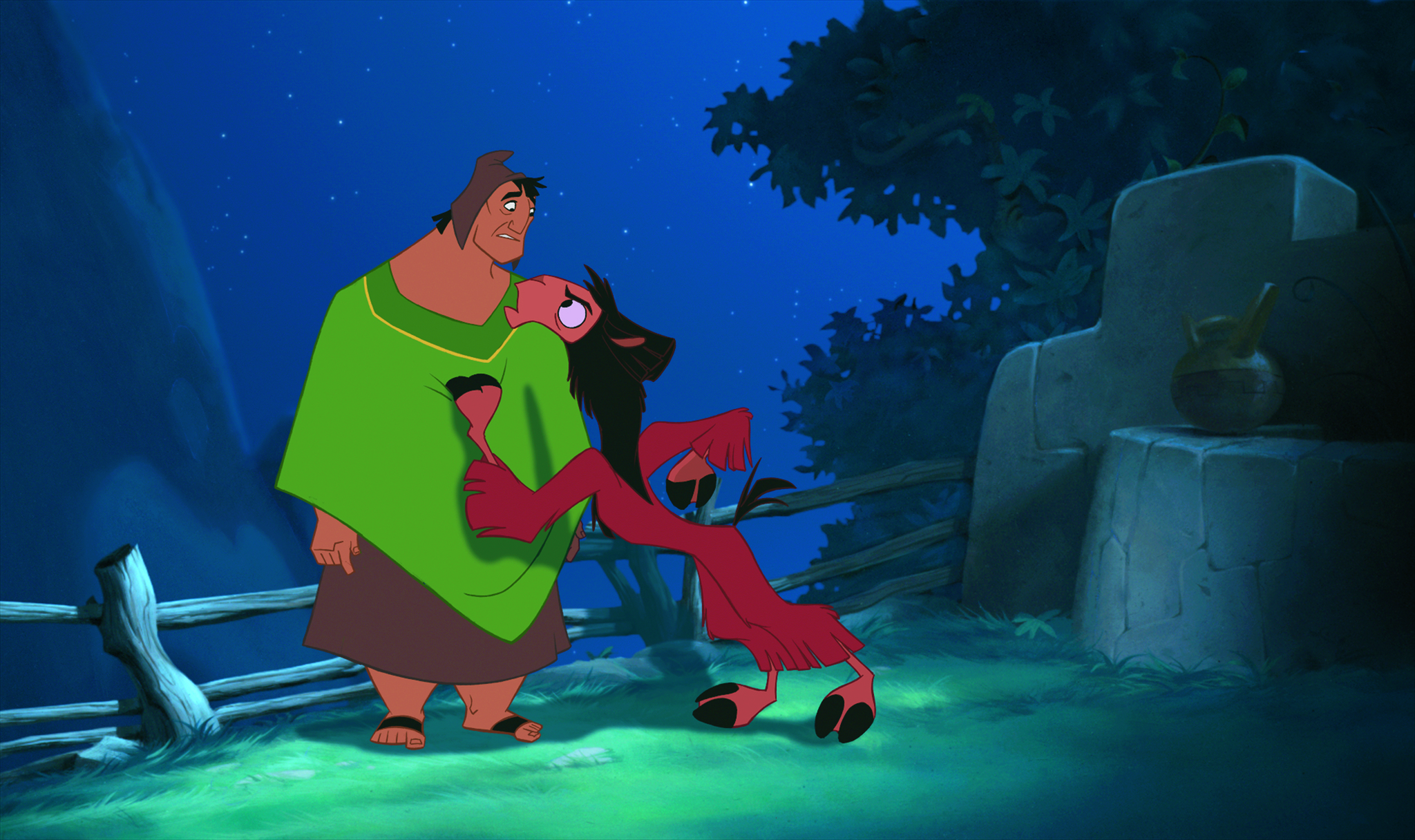 The film starts a little more deliberately than we want, but we begin to understand that the self-absorbed attitude of this emperor is at the root of his behavior during the the story and why. even though he often doesn't serve it, we like the friendship that he develops with Pacha, who we remember Kuzco treated like crap at the beginning of the film. As the warm friendship between Kuzco and Pacha develops, we are even more entertained by the relationship between the evil Yzma and the bubble-headed Cronk, which provides equal entertainment. The scene where Cronk is preparing the poison glass of wine for the Emperor had me on the floor.

The animation is bold and colorful and the voice work is superb. I have never enjoyed David Spade more in his voicing Emperor Kuzco. I haven't enjoyed Spade onscreen this much since he did "The Hollywood Minute" on SNL. Goodman and Kitt are terrific as well, but the film is just about stolen by Warburton as Cronk, one of the funniest animated characters I have ever seen. A rich animated fantasy that kept a grin on my face the entire running time.
» More about The Emperor's New Groove
» More reviews of The Emperor's New Groove
» More reviews by Gideon58