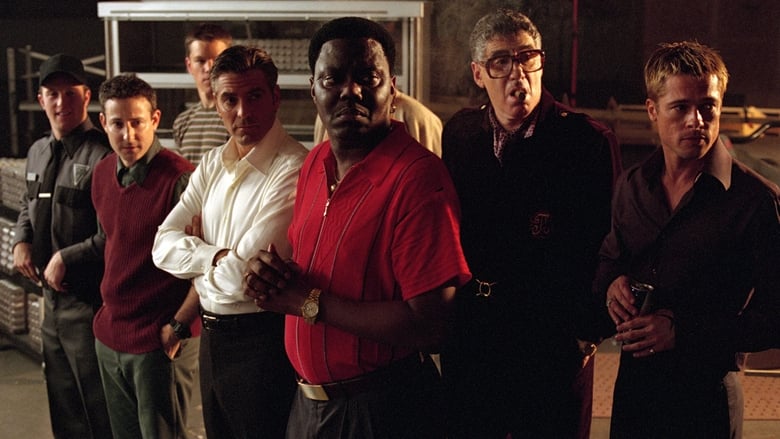 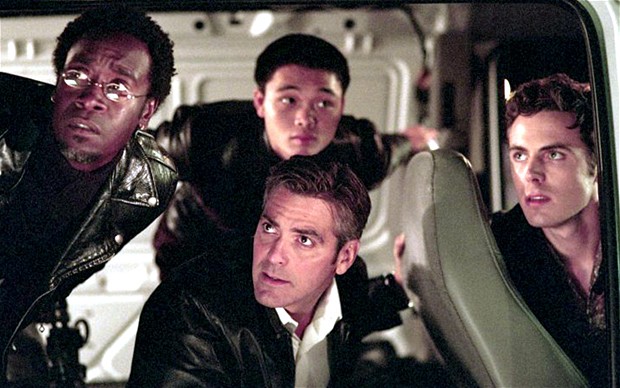 Ocean's Eleven is considered a bit of a modern classic and I have a bit of professional interest in casino security. I've seen this one before, but it's been a while.

It's a solid movie, though definitely unconventional in my experience.

The first two thirds of the movie are setup for the heist that's supposed to go down, which sounds pretty boring, but fortunately the movie manages to be just engaging enough to drag me along.

Part of the conceit of Ocean's Eleven is that it's vague about exactly how it intends for it's characters to go about burglarizing the casino. We get what seem like substantial bits and pieces of certain characters' roles in the heist and a particular thing they're expected to do, but more often than not it turns out to be only a fraction of the masterplan and the movie introduces various twists and turns in the third act that develop the sequence of events you expect to see.

We know that Matt Damon is supposed to cozy up to impersonate someone, but we don't know that he's pretending to be a "gaming commissioner" to Benedict.

We know that Simon Phoenix is supposed to blackout Las Vegas with an EMP bomb, but we don't that it's because Clooney and Pitt need to zipline down an elevator shaft full of lasers.

This results in the movie being surprising and interesting, and ultimately the biggest reveal is how exactly they intend to "walk out with the money". I do feel though that many of the steps in the process end up feeling convoluted or Xanatos Gambit-levels of convenient, and at times I really couldn't figure out why certain things had to happen. Like why did they need to smuggle a suitcase into the vault if they were already smuggling a whole guy with items separately? There are also other things that are easy to forget, but in the moment I couldn't help but question what grand purpose they really served. 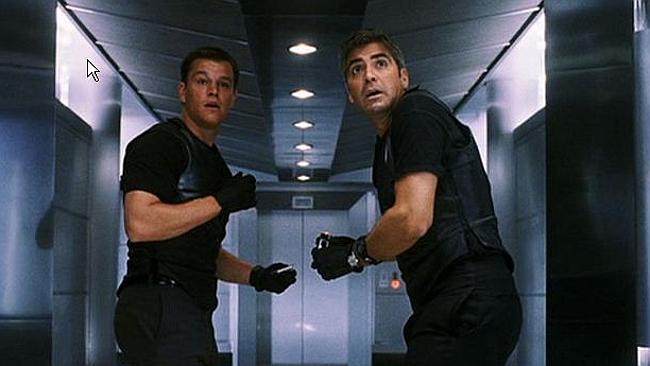 Speaking of lasers, the security obstacles in this movie range from plausible to unrealistic. The dispatch center looks like it's out of a sci-fi movie, and there's really no reason to riddle an elevator shaft with lasers when a single one will do. It's just there to sense the elevator, right? If not, then why don't they have floor sensors like in the vault? There's also a moment where 2 guys are impersonating security, walk up to security, and go "oops I forgot my card". Why wouldn't security be alerted to these guys? You're going to all these other lengths to protect the casino's assets, but they can't be asked to familiarize themselves with the staff in their own department? Is turn-over that bad?

Ocean's crew also leaves evidence all over the place. Brad Pitt leaves a cell phone with his fingerprints on a random table, and security already knows that someone on a phone in that area of the casino is attempting to steal from them. Reviewing cameras and finding this guy would be a definite priority. Also the impersonators who dress up as security leave both of their waiter outfits in the elevator. That's a pretty big red flag. You walk into a customer-facing elevator and find two full employee uniforms ditched in the corner?

Romantic subplot between Ocean Clooney and Julia Roberts is weak as you'd expect. She's completely cut him out of her life after he got arrested and sent to prison, he comes crawling back saying Casino Boss Benedict is an ******* and she's not convinced. Then at the end he gets her to see video of him admitting he'd trade 160 million dollars for her and she's suddenly in love with him all over again.

Like, what? Was this not your biggest heist yet? You got sent to prison for theft before, doesn't that mean you essentially forfeited her once already for less money than that? I mean as long as we're measuring love in dollars... but whatever I guess she decided to wait for him this time, whatever.

Definitely strikes me as one of those movies that's a lot weaker once you already know what happens. The acting was competent, the occasional jokes were... jokes... Meh.

They coulda made Benedict easier to hate, but most of his role as the antagonist is just exposition.

It's a fine movie and I liked it, but it doesn't go too far for me.