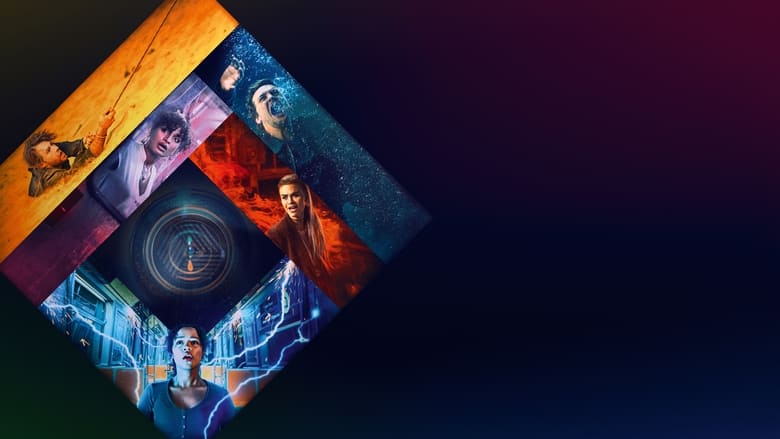 by TheUsualSuspect
posted on 4/16/22
in
Escape Room: Tournament of Champions 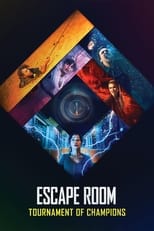 I'm not afraid to admit that I like 'shlocky' movies. I'm a horror movie fan, that is the genre that I love, and will give leniency to films like this. Escape Room: Tournament of Champions is a film where the characters question why they are in yet another escape room and then proclaim, "what is this, some kind of tournament of champions?" cue camera stare and wink. The reason our characters find themselves stuck in yet another escape room is paper-thin and you don't even have to think about it for it to not make sense. The idea that not a single pedestrian would walk into this subway train is bonkers. But for argument's sake, let's just accept it and move on.

As the title suggests, our characters are all previous champions from the game. So when they find themselves locked in again, it's safe to assume they can work things out pretty quickly. I've done several escape rooms and the rate at which these characters figure things out, with the stress of dying on the line is insane. I'd be dead in the first room, yet these characters figure out how to get from point A to point B incredibly fast. But for argument's sake, let's just accept it and move on.

Much like the first film, this one has extremely extravagant escape rooms, with death lasers, quicksand, acid rain, and the works. Even trying to imagine how they are able to pull these things off and where they do it is impossible to comprehend. But for argument's sake, let's accept it and move on.

The first movie had the characters be survivors of trauma. Each one was given a unique backstory and that story was incorporated into the game. This one lacks any of that. I don't know much about any of these characters and didn't really care if they lived or died. I can't even remember their names. Even our lead character lacks the personality she had in the previous movie. But hey, people want to watch the SAW-like traps and cheer for the characters to find their way out of them. So, for argument's sake, let's just accept it and move on.

The film tries to throw a few surprises your way, but the in-your-face foreshadowing feels a little too, well, in your face. Escape Room is fine and not for everyone. The majority of people will find it dumb, I sure did, but I found it dumb with a weird charm to it. I don't see myself revisiting this movie any time soon, or ever again, but I didn't hate my time trying to escape.
» More about Escape Room: Tournament of Champions
» More reviews of Escape Room: Tournament of Champions
» More reviews by TheUsualSuspect