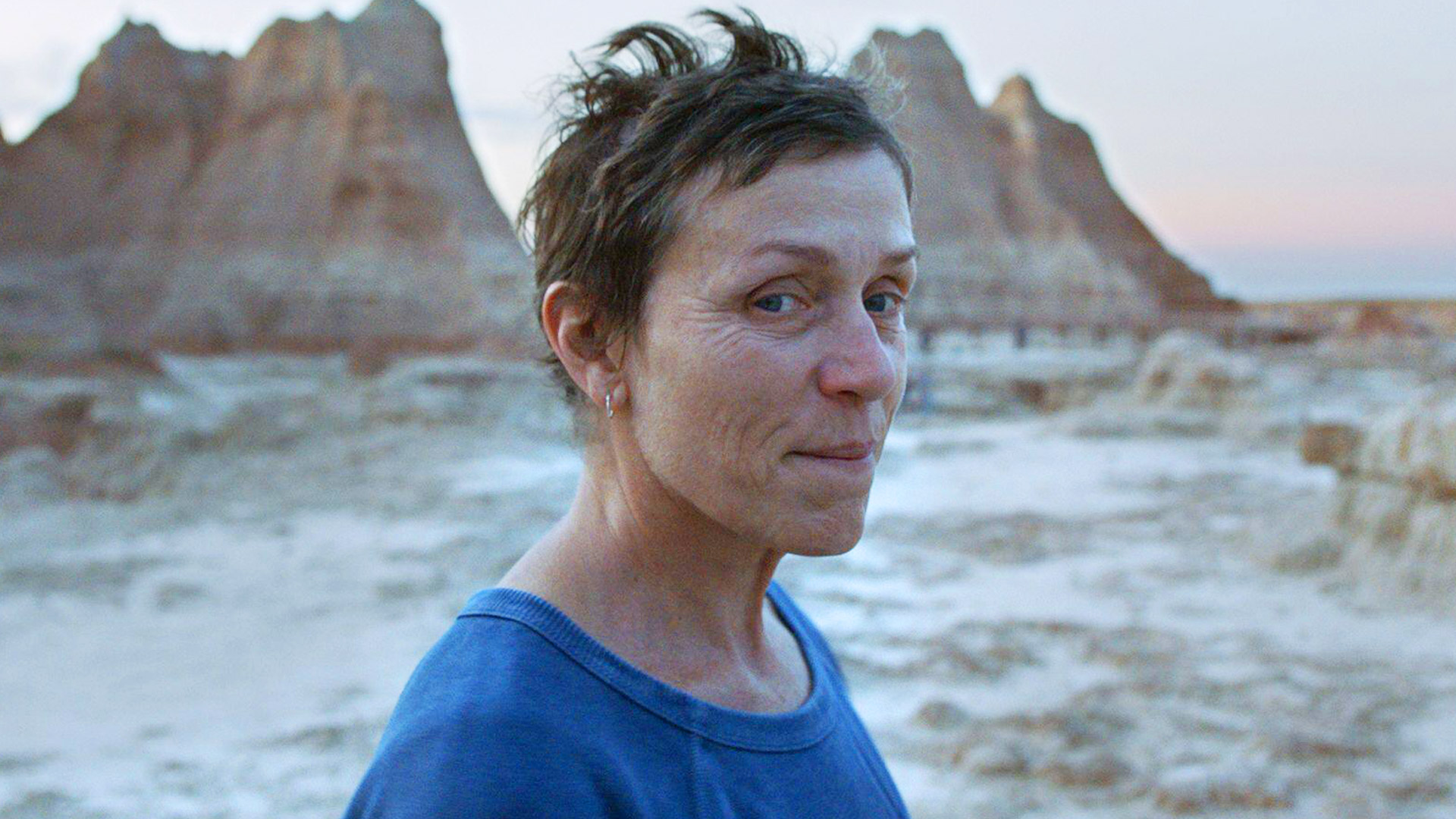 After the death of her husband and the loss of her job, Fern (Frances McDormand) ends up going on the road, living out of her van and moving from place to place for work as the seasons change. She makes friendships along the way, but a burgeoning romance with Dave (David Strathairn) forces her to question when and if she might settle down again.

At first, the film seems like it's a straight ahead character study mixed with a condemnation of the kind of low-level "corporate" gruntwork where so many people can find themselves trapped. We see Fern work seasonally in an Amazon warehouse, then help manage a campsite, and finally scrape plates and tear lettuce in a restaurant.

But as the film progresses, it becomes clear that Fern's nomadic lifestyle isn't some tragic failing of the American dream. In fact, it's a part of her personality and part of the way that she copes with the grief she feels about her husband's passing.

The longer I watched Fern, the more I felt I both understood and felt for her. While she desires connection and friendship and love, she also needs a sense of freedom and impermanence. A permanent life would draw into stark contrast the permanence of the loss of her loved one. Her family sees her need to keep moving as a rejection or abandonment. But as we see illuminated in a conversation late in the film, always being on the move gives a much needed sense of hope that she might, somehow, be moving toward the thing she misses most.

I thought that the film did a good job of portraying both the positives and the downsides to Fern's life. There is a strong sense of community among her fellow nomads. But at the same time it is a precarious lifestyle, and a flat tire or a busted engine can be devastating. In one of my favorite sequences, Fern wanders off on a tour of a beautiful rocky desert. At first exhilarated, she suddenly realizes she's lost her bearings. When Dave's voice gives her a sense of direction, she smiles. This is her life: roaming free, but needing that orienting voice from time to time.

I thought that McDormand was pretty fantastic here, and her sequences with a large number of non-professional actors really shows an ability to be solid in her craft while maintaining an ease with the other person. I also thought that the film was beautifully shot, making the open road look at once welcoming and a bit menacing.