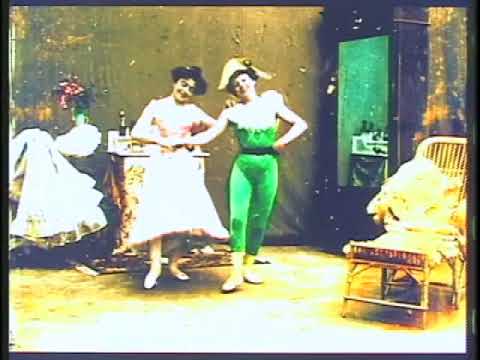 "Life is about using the whole box of crayons" --RuPaul
A simple, but beautiful short film from Alice Guy-Blaché. In this one, a young woman seems to reject the advances of a young man, and ends up happy and dancing with a female harlequin.

Considering that it was made more than 100 years ago, the film uses some beautiful hand-coloring techniques that really make the colors pop, most notably the woman's pink dress and the harlequin's green suit. It is a testament to the early silent film era's attempt to use "more crayons" than they were given to with black and white.

But it also seems to be a call for diversity and acceptance, as far as the female character goes. A young woman that refuses to do what's expected of her, and chooses an "escapade" instead, but one that makes her ultimately happy.