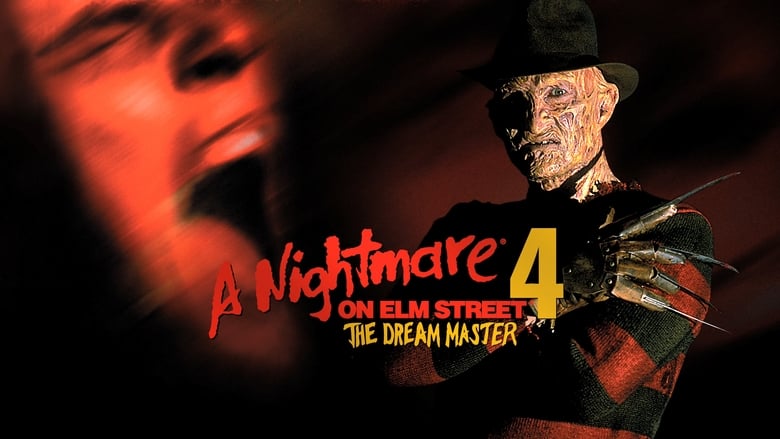 A Nightmare on Elm Street 4: The Dream Master

by Thief
posted on 10/22/21
in
A NIGHTMARE ON ELM STREET 4
THE DREAM MASTER
(1988, Harlin)
A film where a prominent character wears a hat 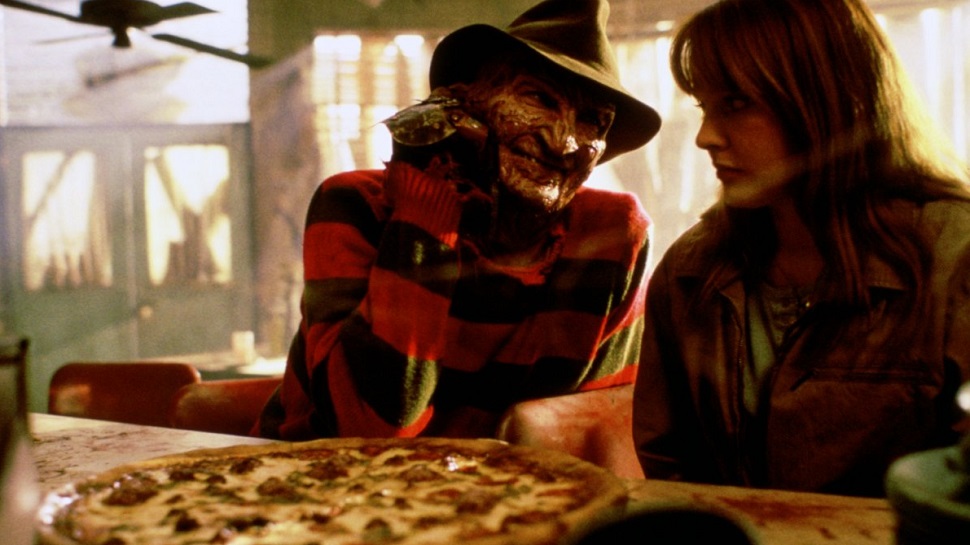 "You shouldn't have buried me. I'm not dead."
A Nightmare on Elm Street 4 picks up shortly after Part 3, with the three survivors from that part still struggling with nightmares. When Freddy Krueger (Robert Englund) is resurrected, a new group of teenagers led by Alice (Lisa Wilcox) are inadvertently drawn into his dream world, and forced to fight for their survival.

This film is usually seen as the one that changed Freddy into a wise-cracking joker, while also exuding a somewhat colorful and frenetic music video vibe. And you clearly can see that as Freddy chews on head-shaped meatballs with a smirk and mimics a shark's fin with his glove when stalking a victim, all while pop rock and fast cuts rock the screen. I hadn't seen it in a long, long time, so I barely remembered anything about it, and I usually get it mixed up with Part 5.

But aside from Freddy's jokes and the overall style, my main complaints are with the performances and the script. Seriously, the acting is atrocious from pretty much everyone except Englund. Unfortunately, the actors aren't helped by the cringey dialogue.

But moreover, as is usual with the Nightmare franchise, the story is a mess. Once again, there is no rhyme or reason as to why Freddy comes back, or how he is defeated. You get some characters fighting him with karate in some silly setpieces, while our heroes somehow pass on useless "dream powers" from one to the other. They also bring up a rhyme and a certain weakness that hadn't been mentioned before that, for some reason, seems to have an effect on Freddy. Why? Who cares.

As far as slashers go, there are a few creative gory moments, particularly a character that turns into a roach, and an inventive scene where characters end stuck in a time loop. But other than that, there isn't much to dig up here. They should've let him dead and buried.