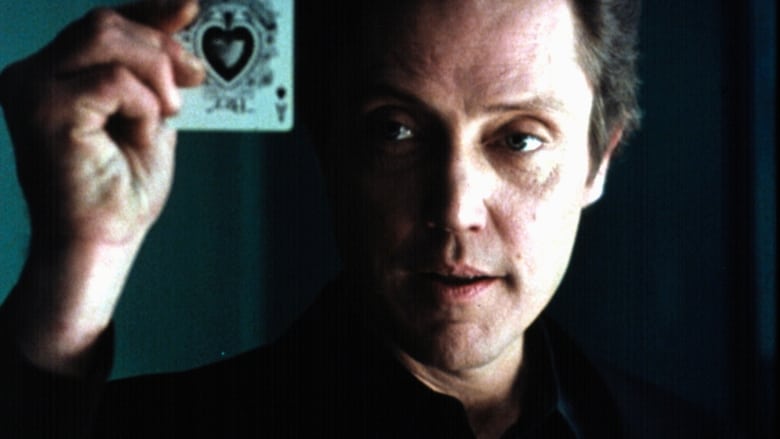 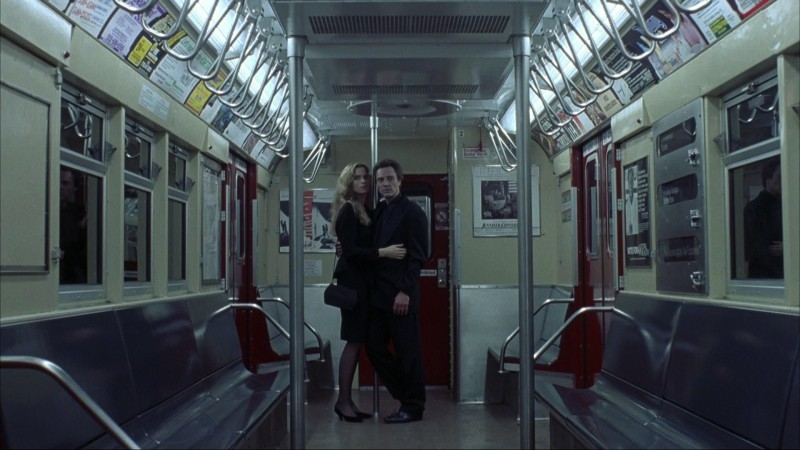 As both films are violent crime films with drug lords as protagonists, it's hard not to compare King of New York with Scarface. Both films have been sometimes misread as endorsements of their protagonists' actions. Brian De Palma's film paraded symbols of wealth in front of the viewer with the understanding that you can't indict something without depicting it, but renders its main character as a monstrous grotesque with nary any principles to speak of, so that anyone paying attention (especially to the ending), should know that he's the bad guy (something he even calls himself at one point). Abel Ferrara's film is more subtle on this point. As played by Christopher Walken, Frank White is distinguished from his competitors, who are either unrepentant racists, child traffickers or slumlords. ("I never killed anybody that didn't deserve it.") You see, White wants to help the community by using his proceeds to save a hospital in an impoverished neighbourhood. Is this man really all that bad?

Putting aside that his relentless murdering and flooding the community with drugs will likely counteract the good done by the hospital, the movie is pretty clear to the extent he's pushing the same exploitation he claims to be against, staffing his operation with mostly black foot soldiers to do his dirty work. There are two scenes, one in which his troops greet him menacingly in a hotel room before breaking into celebration, and one in which he turns the tables on an attempted mugging in the subway, that pointedly play on white anxieties about being intimidated by black men. When his lead henchman confronts the sole black cop in the movie, the two pointedly exchange racially charged insults, the movie suggests that this systemic racism doesn't exist on just one side of the law. And in presenting the ethnic mix of the different criminal organizations in the movie, Ferrara extends this kind of critique to the city at large.

Ferrara's earlier films were very much set in a pre-clean-up New York, with The Driller Killer, Ms. 45 and Fear City bringing to mind the seedy, crime-ridden atmosphere of the "glory days" of 42nd Street. King of New York is set after that period, and feels like an attempt to grapple with the changing city. As we see White pal around with respectable high society, we suspect that the rot of the city has only been painted over. (White makes a dig at a reporter's sensationalized coverage of him during a friendly dinner, which seeing it now can't help but make me think of the way cable news emboldened a certain political figure while claiming to decry him through breathless, unceasing coverage during his rise.) Yet White is very much a part of the city he's trying to exercise control over, a point driven home by the finale set in both the subway and a traffic jam, the blinking signs representing the cleaner yet comparatively soulless new New York.

When I'd first seen the movie, I noticed the tension between genre movie and "respectable" movie concerns, and having seen more of Ferrara's work since then, the resonance of that tension rings stronger. The movie is certainly stylish, but in an early scene involving a murder of a rival in a green-lit phonebooth, it feels like the movie is killing off the nocturnal neon aesthetic popular in the previous decade, and by extension, the old New York. Much of the lighting of the interior scenes is a less confrontational golden hue, representing perhaps a more respectable form of wealth and status associated with the new vision of the city. The movie's most exciting sequence, an ambush by some off-duty cops taking the law into their own hands, is lit in bold colours that bring to mind the work of Dario Argento, and the horror connection is made explicit when a rival watches Nosferatu.

Are those flourishes just for mood? Maybe, but I think it helps draw attention to White's vampiric qualities in furthering the exploitation he claims to be against. That Walken has a pale demeanour, weird hairdo and strange vocal patterns leads us to believe that he very well could be drinking people's blood (and does so figuratively, if not literally). Of course, with his expensive black suits (something a vampire would likely wear), there's no denying that White looks kind of cool (always in movies, never in real life where you just look like a movie gangster), and the muted luxury of his wardrobe again plays into that cleaned up New York image while drawing a contrast with the louder, flashier wardrobe of Scarface's Tony Montana. De Palma's movie had a tremendous influence on hip hop, and Ferrara tries to force the connection here with the use of Schoolly D's music. The use of "Am I Black Enough For Ya?", a not entirely convincing stab at social conscience undermined by the presence of the early gangsta rap song "Saturday Night", even seems to parallel White's hollow justifications for his actions. The only time the movie bungles this balance is when it has White execute someone at a police funeral and drive away in a limo, which is supposed to demonstrate his impunity but feels like a really lame attempt at badass gangster ****.

Now, as for which film is better? Scarface is somewhere among my favourite films, and as it's the rare movie that operates at 11 for a three-hour runtime, King of New York can't match its ferocity. (Nor does it really try, opting for a moodier approach.) Yet Ferrara executes this with plenty of verve and a little help from a standout cast, particularly a maniacal Laurence Fishburne ("They're for the bullet holes, PU-TA!") and provides a rich portrait of and commentary on a city in flux.