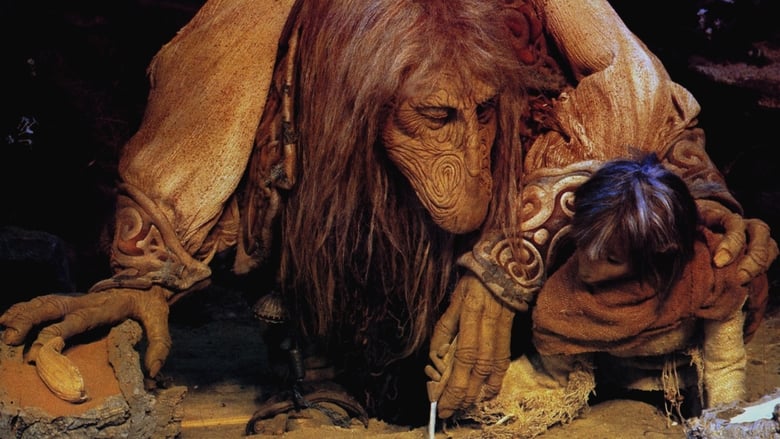 I've wanted to watch this movie again since I finished the very good Netflix series The Dark Crystal: Age of Resistance and this thread gave me as good an excuse as any to do so. Coming across like an epic even though it's only a little over 90 minutes long, it takes place in a broken world - as evidenced by the titular broken jewel - and focuses on two races who could not be any more different. There's the Mystics, who as their name implies are always looking to the skies for answers, and the Skeksis - one of the most gruesome and unappealing villains in all of fiction, if you ask me - who are only concerned with their ill-gotten power. Our hero, though, is Jen, the apparent last member of the Gelfling race who is prophesized to restore the crystal and thus balance.

This may say more about me than the movies I watch, but so many of them these days have me reaching for my cell phone. This one, on the other hand, made me put it down. Not only is every frame a visual feast, but they also reward the observant eye whether it's the cleverly designed flora and fauna in the woods or the crowd of Podlings in the wings of the palace. Also, the painted vistas and puppetry hold up despite their age and have a physicality and personal touch that even the most sophisticated modern CGI could not replicate. The movie is labeled as dark fantasy, which I think fits given the subject matter and how revolting the villains are - especially during the dinner scene - but it still manages to be adorable and funny and at just the right times. Fizzgig and the Podlings - the non-turned ones, that is - have a lot to do with this, as does the irascible Aughra, who comes across like a mix of Tom Bombadil from The Lord of the Rings and Dorothy from Golden Girls. Credit also goes to Trevor Jones' score, especially for how it adds so much atmosphere and wonder with its simple motif.

Like the best fantasy, there is much more to take in while watching this movie beyond its imagination, lore, and old-fashioned underdog story. I can relate to its desire for those in power, who lately seem to fall into the movie's dominant camps, to understand one another, come together and that in doing so would make our world one worth living in and preserving. If there's a fault in the movie worth calling out, it's that it could be more tonally consistent, especially when it comes to the scary scenes. While I've praised the comic relief, it reminded me of the first Teenage Mutant Ninja Turtles movie - which the Hensons also worked on, coincidentally - in that the violence does not always mesh with the scenes that are meant to appeal to children. Granted, I first watched this movie as an adult, but scenes like the one where the Skeksis drain the poor Podling's essence are pure nightmare fuel. Despite this flaw, I still rank this as one of the best fantasy movies I've seen and consider it an achievement in puppetry on par with the original Yoda. It's just too bad that with the Netflix series' cancellation, we may never get to visit this world again.
» More about The Dark Crystal
» More reviews of The Dark Crystal
» More reviews by Torgo