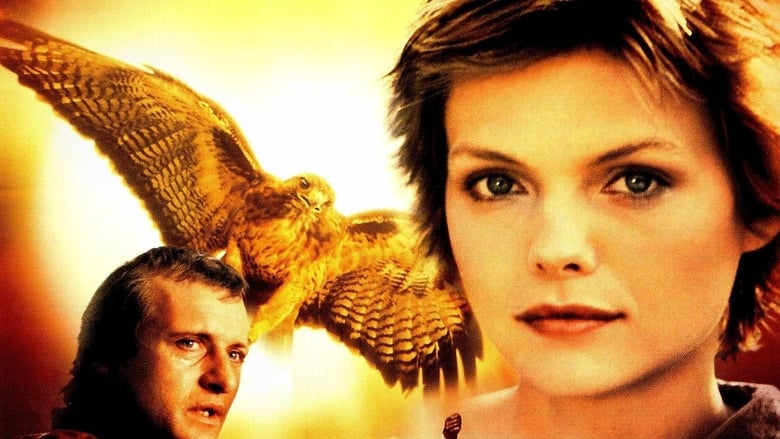 If '80s cinema is - or should be - known for anything, it's how many quality sword and sorcery movies it has, with this movie being no exception. Love and romance figures into the plot of many of them, most notably Krull and The Princess Bride, and it's also essential to this one. Its central conceit involves a couple who, thanks to a curse, are always together yet always apart at the same time, with Navarre (Rutger Hauer) having to live as a wolf by night and partner Isabeau (Michelle Pfeiffer) living as the titular bird by day. While questing to break this curse, they are aided by an unlikely new member to their party: Mouse (Matthew Broderick in one of his first roles), a hapless pickpocket and recent prison breaker.

This is one of the best looking '80 fantasy movies, which is not hard to do when legendary cinematographer Vittorio Storaro is composing the shots and the Italian countryside is at your disposal. There are scenes that I wanted to go on a little bit longer - the ones in the woods in particular - just so I could take in the scenery. Action is also this movie's strong suit, with each fight scene making the excitement last until there's no more to be had. This is especially true of the cathedral grand finale, which not only succeeds thanks the visuals and editing, but also because of over the top yet adorable sound flourishes like making the sword clangs echo. As for the performances, while Hauer, Broderick, Leo McKern’s devoted ally and John Wood’s annoyingly confident villain are as good as you would expect, Pfeiffer is the movie's secret weapon. Unlike Navarre, Isabeau is in animal form more than she is in human form, but she makes her human scenes count. I of course wanted to see the curse lifted for Navarre and Isabeau's sake, but I admit to being more invested in the chance to see Pfeiffer again!

While I have more good to say about the movie than bad, I wouldn't rank it near the top of '80s fantasy, but it's far from the worst. Despite its romance and clever premise, it is not nearly as quotable or timeless as its subgenre's classics and lacks qualities that make it one, whether it’s the commentary on adolescence in Labyrinth or the uniquely sly self-awareness in The Princess Bride. Plus, there's the cheesy soundtrack, which I can't imagine even the most extreme ‘80s aficionado being nostalgic about. There is, of course, still enough about this movie for me to recommend it. Just expect something light, fun and that would be a good way to spend an afternoon than something that will also leave a deep impression.
» More about Ladyhawke
» More reviews of Ladyhawke
» More reviews by Torgo