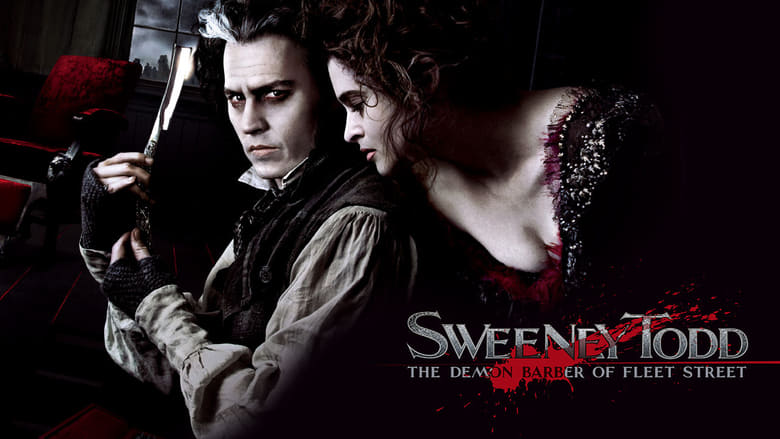 "I will get him back even as he gloats; In the meantime I'll practice on less honorable throats."
There is a popular saying that reads "Before you embark on a journey of revenge, dig two graves." Popularly attributed to Confucius, the saying means that the quest for revenge consumes the avenger as much as it consumes the target, sometimes to the point of being blind to anything else. But nonetheless, revenge is what fuels the titular character in this Tim Burton's musical.

Sweeney Todd follows the barber (Johnny Depp) as he returns to London after 15 years of being falsely convicted and exiled by corrupt Judge Turpin (Alan Rickman). Realizing that he has lost his wife and that his young daughter is now under the care of Turpin, Todd sets out for revenge by reopening his parlor in order to lure Turpin, and eventually kill him. Aiding him in this quest is Nellie Lovett (Helena Bonham Carter), who owns a meat pie shop below Todd's establishment.

For some reason, I had relatively low expectations for this. Burton and Depp have been hit and miss for the last decade or more, it's not a film you see mentioned often, and I seem to recall a more lukewarm reaction to it (although it seems I was confused or mistaken). But anyway, a while ago some friend listed it among her own favorite films or musicals, which intrigued me. So when this category came, and I saw this was available on Hulu, I decided "why not?" and what a surprise it was.

Yeah, Sweeney Todd won't end up among my all-time favorite films, or not even my favorite musicals (I think?), but it was sure damn fun to watch. I found myself caught in the bizarre mish-mash of the whimsically quirky approach of Burton and the pomp of the songs, with the dirty and dark sets and lighting and the equally macabre and dark tone. I liked that Burton didn't skimp much on the violence and the blood, and I was surprised that the studio let him do it.

The performances were all pretty good, with Depp bringing a certain gravitas to a performance that could easily fall in caricaturesque. Plus it's always a delight to see the late Alan Rickman in anything. Finally, some solid supporting roles from Timothy Spall and Sacha Baron Cohen.

My main gripe with the film is with the subplot of Todd's daughter and her lover. I feel that for how important it is, it needed to be more fleshed out and better executed. Even if Burton had fears that it might have taken the focus off of Todd and his revenge, he could've given a bit more attention to this so it wouldn't feel as half-baked. As Todd himself found out, you can't be blinded by revenge, when there is the chance of love around.