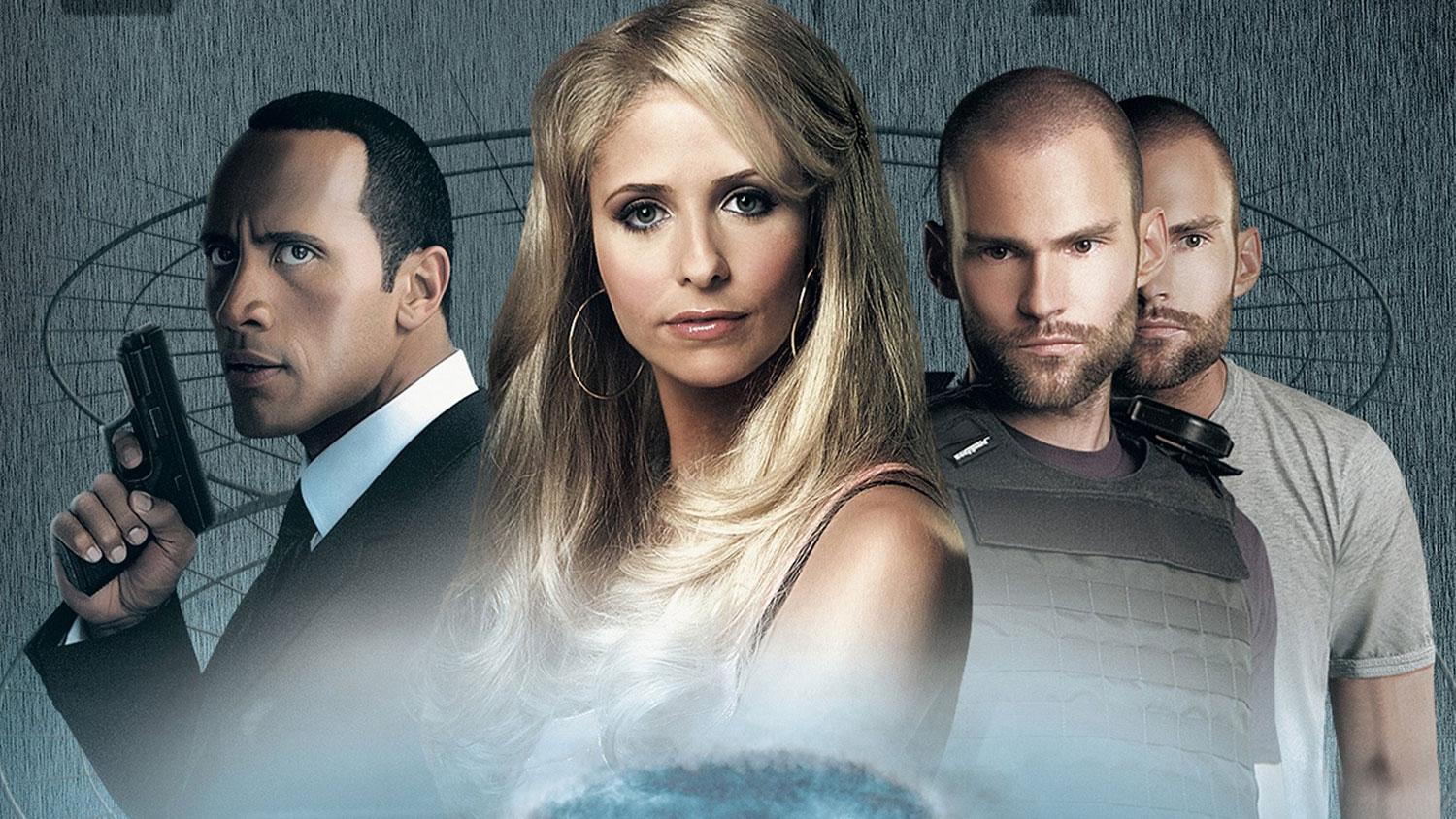 Southland Tales is the cinematic equivalent of Harvey Weinstein's penis. It goes so many places that I can't even keep track. What a triumph! I had actually never heard about this movie before a couple days ago. True story, I was taking a stroll outside my house when I came across a homeless man who said his name was Richard Kelly. I gave him some money, and in return he gave me a DVD. Very nice guy. He spent all the money on crack.

The movie takes place in 2008, and is about the apocalypse. A nuke goes off or something, and then scenes happen. The Rock says the word bitch. It made me LOL (laugh out loud). The first three chapters of the story aren't in the movie and are actually in some graphic novel I didn't know about.

But it's actually genis, you see, because there are like 7000 different metaphors and allegories in the movie that you won't care about at all. The more metaphor a movie has the more good it be, because it means I'm smarter than everyone else for getting it. It's actually about America, and it's really subtle which is why there's an American flag in every scene. More specifically it's about 9/11, and you can tell it's about 9/11 because it'll make you wish you were killed by terrorists. It's also about how Americans are addicted to the media which is why nobody watched it.

There is about 30 minutes of a good movie in here, and most of it is towards the end. Some scenes use music well. I understood what it was about like 20 minutes in so all of these scenes are worthless but at least I wasn't considering turning the movie off during them. There were about 2 minutes where I was starting to think it was a good movie but then it started to suck again.

These are first impressions so maybe if I watch it 400 more times my brain will rot enough for me to actually like it.