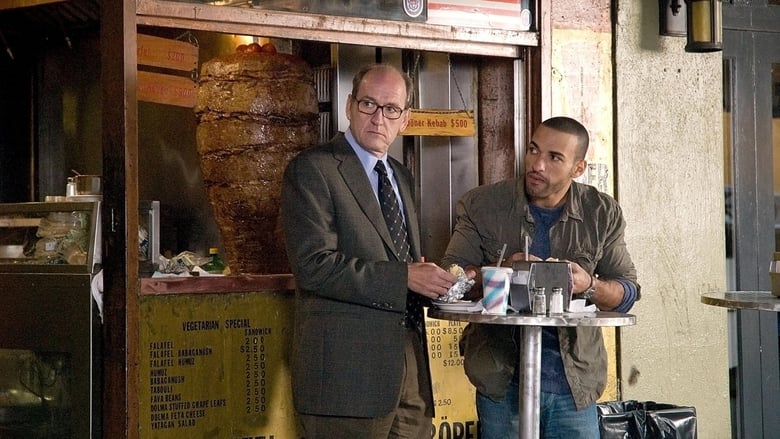 by Gideon58
posted on 5/01/21
in
The Visitor (2007)
A veteran character actor was given his first leading role and knocked it out of the park in 2007's The Visitor, an unassuming and unique drama rich with warmth and originality that washed over this reviewer and found myself riveted and caring for the characters. 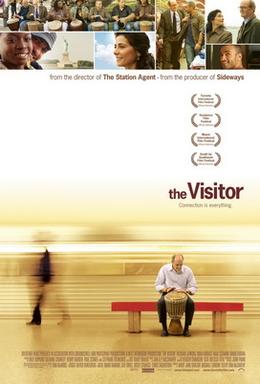 Richard Jenkins plays Walter Vale, a widowed writer and college professor who teaches in Connecticut and is sent to New York to attend a conference, his first trip to the city in 25 years. When he arrives at the apartment that he has kept in the city, he finds a young Syrian musician named Tarek and his Sengelese girlfriend living there. When they realize it really is Walter's apartment, they politely offer to leave immediately, but Walter doesn't have the heart to throw them out on the street in the middle of the night and offers to let them stay. Walter and Tarek form a bond over their mutual love of music and then one night on the subway, Terek is accused of jumping the turnstile and it is revealed that Terek is an illegal and is transported to a detention center in Queens for possible deportation. 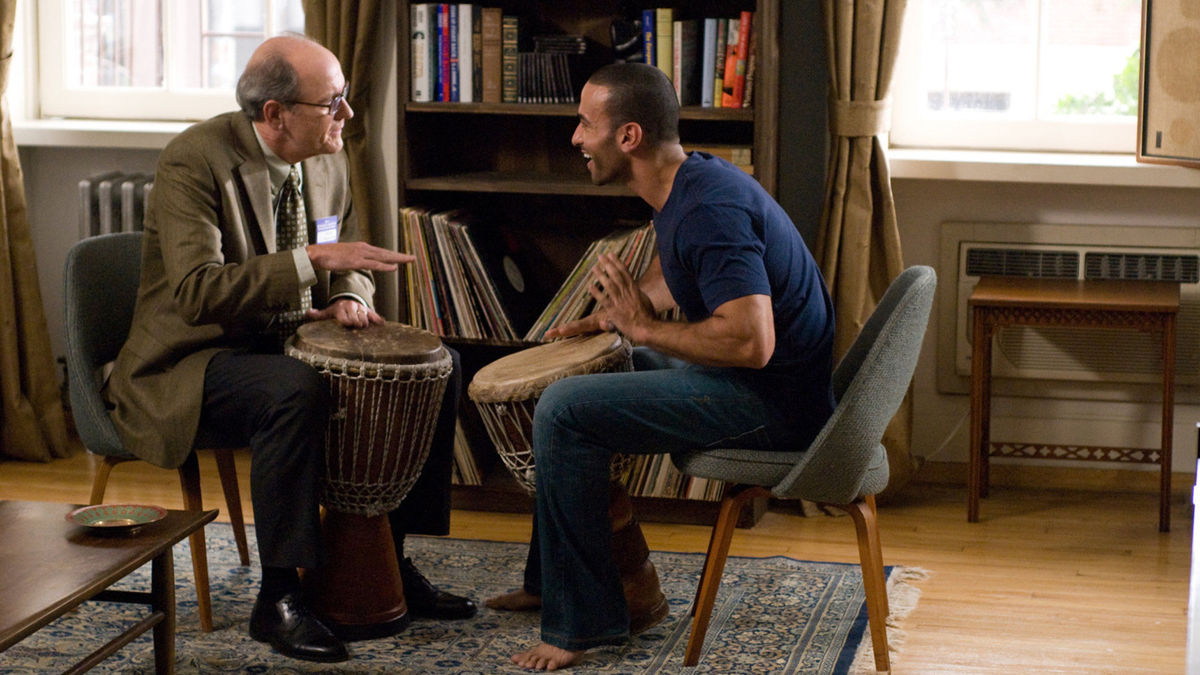 Walter hires a lawyer to look into Tarek's situation while Tarek's mother arrives in town to find out what she can do about her son. This situation not only becomes an outlet for Walter's discontentment with his life, but develops a lovely relationship with Tarek's mother that the viewer doesn't really see coming. 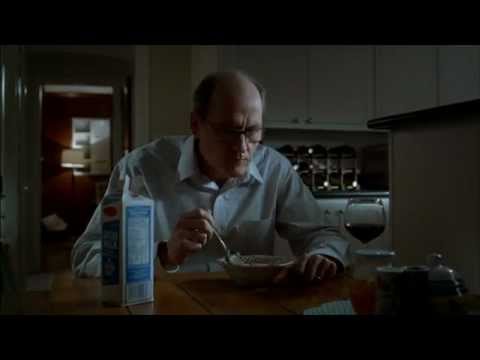 Director and screenwriter Tom McCarthy, who won an Oscar for writing the 2015 Best Picture winner Spotlight again reveals an uncanny ability to weave an intimate story of human relations around a topical subject like the plight of the illegal alien. McCarthy takes his time in setting up what happens here by putting a lot of loving detail in the relationship that develops between Walter and Tarek, not only because Tarek gets to share his love of music and his gratitude to Walter for not kicking him out of his apartment, we also get to see Walter slowing coming out of the shell that he's been living in since the death of his wife.

Even more unexpected is the relationship between Walter and Tarek's mother, a lovely platonic romance that is so healthy for both of them. Watch Walter's gentlemanly approach to getting the mother to stay with him or when he takes her to see Phantom of the Opera. It's not just the joy in her excitement, but Walter's joy in seeing her excitement. 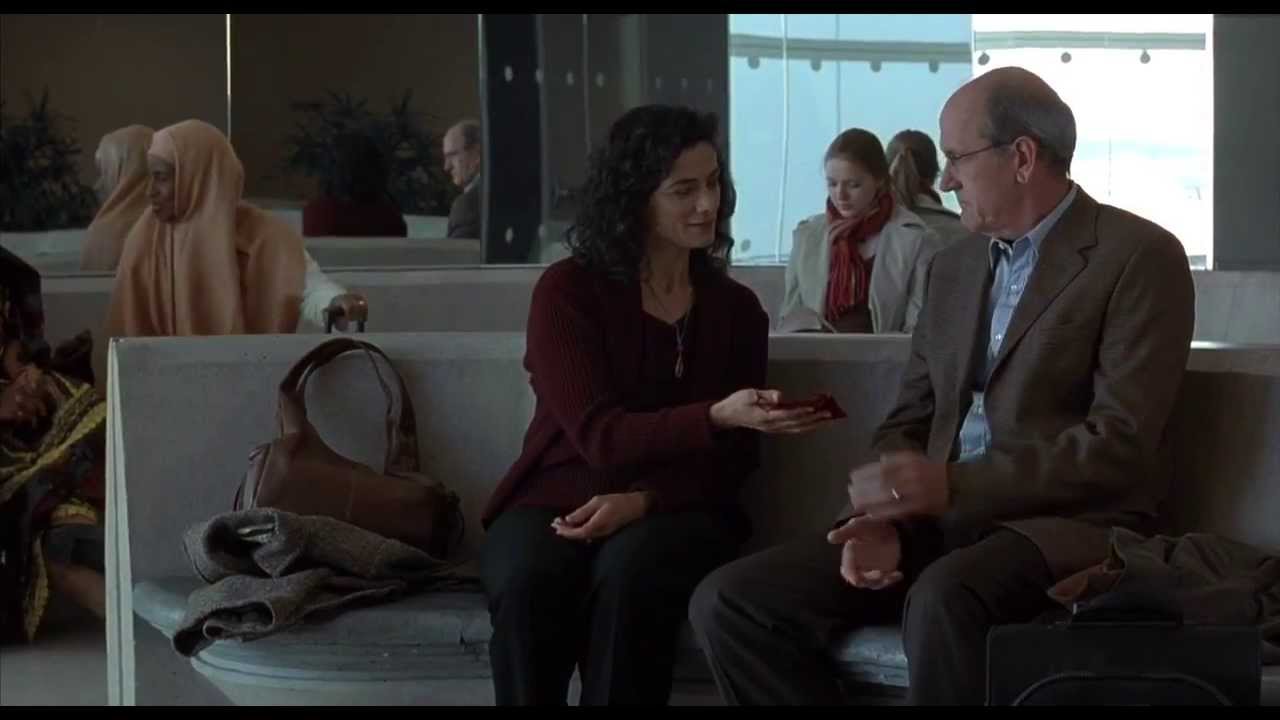 We fall in love with this Walter character immediately because the man's unhappiness with his life is not glossed over, but evident in everything Walter does. We love when that one Christian act of not throwing this couple on the street changes his life and the other change that occurs after Terek is detained...Walter takes responsibility for Terek even though he doesn't have to and McCarthy never sugarcoats the reality of the situation.

Richard Jenkins delivers a rich and deceptively complex performance in the starring role that , after over 20 years of making movies, earned the actor his first Oscar nomination for Lead Actor. The scene where Walter learns of Terek's fate might have earned Jenkins the Oscar nomination by itself. Haaz Sleiman lights up the screen as Terek and Hiam Abbass is luminous as his mother. Lovely Manhattan scenery and Jan A.P. Kaczmarek's music are the icing on the cake on this sensitive and often moving drama which offers a realistic resolution and a final scene that had me fighting tears.
» More about The Visitor
» More reviews of The Visitor
» More reviews by Gideon58