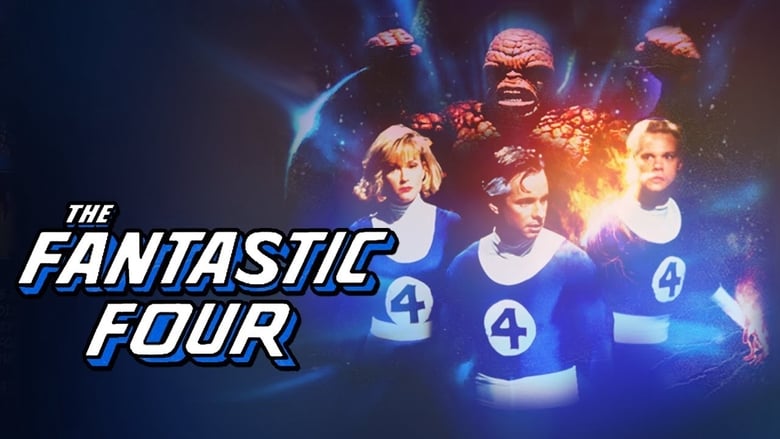 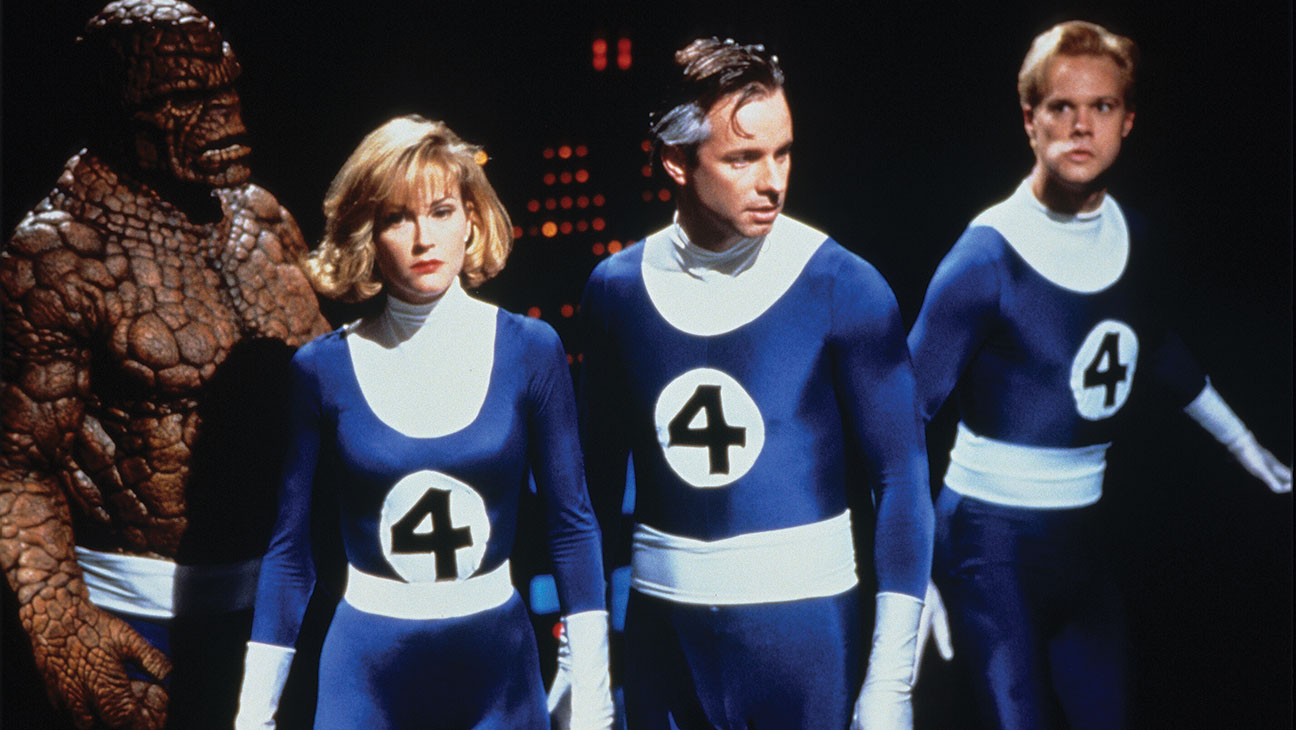 "We're either all in this together... or we don't move."
Of course, after watching the Doomed! documentary last night, what was left for me to do? Watch the real thing! Fortunately for the cast and crew involved, their little project has found some life as bootleg copies that can now be found through the Internet. In the words of Ian Malcolm, "life... uhh... finds a way"

The Fantastic Four is a typical origin story for the superhero team. It starts with Dr. Reed Richards (Alex Hyde-White) and his college friend Victor Von Doom (Joseph Culp) performing an experiment with a passing comet that goes awry, and leaves Victor for dead. Fast forward ten years, and Richards recruits his friends Sue, Johnny, and Ben (Rebecca Staab, Jay Underwood, and Michael Bailey Smith) to go to space as the same comet approaches Earth again.

However, things don't go as planned, and the four end up crash-landing, but with superpowers! There's some nonsensical subplot about a villain called The Jeweler stealing a diamond that both Victor and Reed needed for their experiment, which is why the former, now as the megalomaniac Dr. Doom goes after them.

In many ways, the story behind the scenes is much more interesting than the film itself, but it also helps to put in perspective the "final" product. Considering that it was made by Corman/Troma, a notoriously low budget studio, on a shoestring budget and a rushed schedule, by B-list actors, and crew members that were sneaking film reels out of the studio to do post-production, sound, special effects, and whatnot, on cheap stores, the end result is "better" than one would think.

The film is pretty campy and goofy, with more in common with the 1960's Batman than the one that was released a couple of years before this was made. The dialogue is cringey and most of the performances are pretty bad, although I thought Hyde-White and Culp had some moments.

Looking back at the superhero films that were being released around that time (Superman IV, The Punisher, Captain America), I really don't understand why they didn't give this a chance. Even if their intention was only to secure the rights, it's not like the film would've been more "offensive" than some of the ones that were made during that time, and on that budget, it would've made them some money anyway. Unfortunately, like Reed said on the above quote, "we're all in this together... or we don't move".