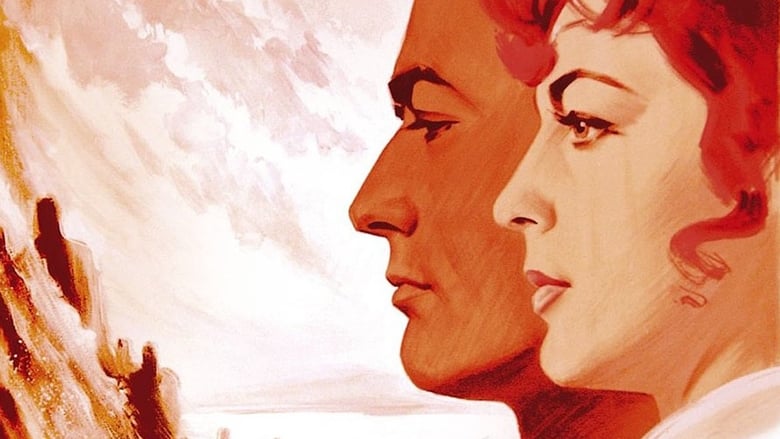 "Lately, with so little time left, my sense of values seem to have changed."
There is a saying that goes "only when facing certain death, can you live life to the fullest". Maybe that's true, maybe not, but I think most people that are nearing the end of their lives, or that have gone through near-death situations, would agree that in that moment, priorities change, and so might the way our values work. That is the situation faced by the characters in Stanley Kramer's post-apocalyptic drama.

Set in an alternate reality where World War III has devastated half of the planet, On the Beach follows a group of characters that are sheltered in Australia, which has managed to escape the nuclear fallout, but not for so long. As radiation threatens to reach them, the characters scramble for options: from looking for other habitable places to staying where they are and face certain death, from clinging to memories of the past to embracing new love.

Among the main characters, there is Commander Dwight Lionel Towers (Gregory Peck), a stoic military man quietly mourning the loss of his family, until he meets Moira (Ava Gardner). In addition, we have Lt. Commander Peter Holmes (Anthony Perkins), a young man assigned to serve under Towers, while desperately weighing the options for her young wife and baby child. Finally, there's Julian Osborn (Fred Astaire), an aging scientist that seems to be more cynical about the war and the prospects of the future, while also seeming to be more at peace with it.

It is Julian the one who says the above quote, when faced with questions about how he felt in the past about someone. But the point is that it doesn't matter anymore. However he felt in the past is not important anymore; his "sense of values seem to have changed". But the same applies to all the characters, all of which end up making decisions down the road that seem to go against what they believe in normal situations, but that make more sense in the face of certain death.

From the moment someone brought up this film and I read the synopsis, I was intrigued by the premise. Even though the film does dwell quite a bit into sappy melodrama, it manages to balance it pretty well with the bleakness of the story, which I found surprising for a 1959 mainstream film full of "big stars". In that regards, the film does manage to deliver an ending that packs a punch. The pace is slow, with most of it being conversations between the characters about how to face the future, but I never felt it dragged too much.

As for the performances, Peck is a bit too cold, which suits his character, but I wouldn't have minded a bit more emotion from him. Perkins is a bit uneven, with some parts where he goes too far, but has some good moments. The best performances come from Gardner, but especially from Astaire, who I thought was pretty darn good and who has probably the best lines. His arc, and probably Perkins, are the most interesting.

This is a film where, for most of its duration, I went a bit up and down with it. Maybe it was the excessive melodrama that came up from time to time. But, like most of its characters, as it approached its ending, my feelings changed; I appreciated what it set out to do a bit more. Let's say that my sense of values seem to have changed.