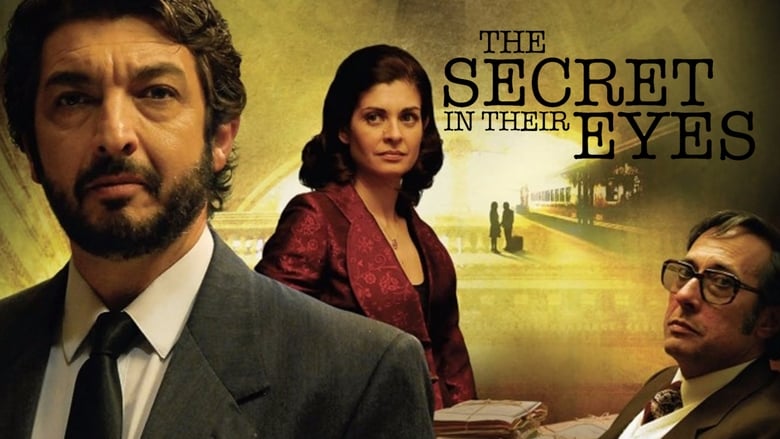 The Secret in Their Eyes

"If you keep going over the past, you're going to end up with a thousand pasts and no future."
That's the advice that agent Benjamín Esposito (Ricardo Darín) gets at one point on this film from Argentina. And yet, many of the characters seem to be caught up in the past for different reasons: from the desire for revenge, their quest for answers, or their longing for love. Will they be willing to leave the "jurisdiction" of the past and look forward instead?

The Secret in Their Eyes uses a nonlinear narrative moving back and forth between the 1970s and the 1990s. It follows Esposito, a former deputy in Buenos Aires who investigated the rape and murder of a young woman that didn't end up the way he would've wanted. Two decades later, he's still haunted by it and starts writing a novel about it.

Esposito is assisted in his investigation by Pablo Sandoval (Guillermo Francella), an alcoholic but dependable friend, and Irene (Soledad Villamil), his superior who reluctantly helps him at first, but eventually realizes that he might be right about the investigation. Even though Esposito and Irene are obviously smitten with each other, they never dare to share their feelings to each other.

I didn't know much about this film before I started watching it, but it certainly wasn't what I expected, in a good way. The film manages to tread along different genres without losing a beat: whether it's a psychological thriller, a crime drama, or even tinges of historic epic, with how it weaves Argentina's historical and political history into the plot.

The thrilling aspect of it is evident all through the film, particularly during two scenes: a breathtaking sequence in a soccer stadium, which features a 5-minute long shot that had me on the edge of my seat all the way, and a supremely tense elevator ride. But the care that director and co-writer Juan José Campanella gives each character makes for an extremely rewarding experience in terms of their development and depth, and the actors' performances back that up.

I do think that the film is perhaps 10-20 minutes too long, and my cynical self thinks that the epilogue wasn't entirely necessary, but the truth is that after 2+ hours of following this characters as they keep going over the past, it was earned to see them move on and look forward to a future.