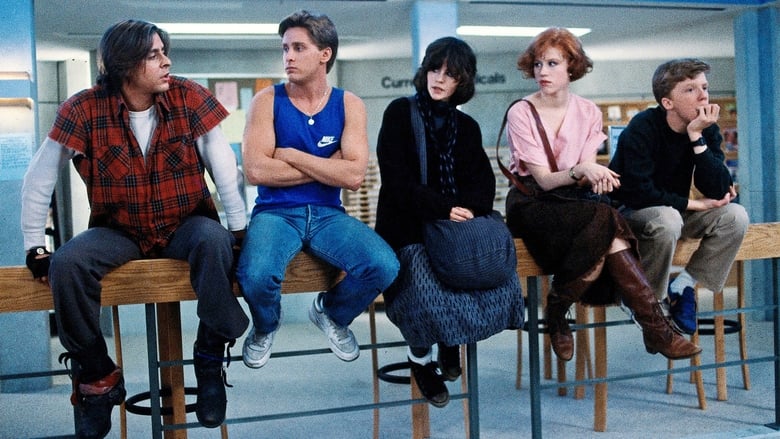 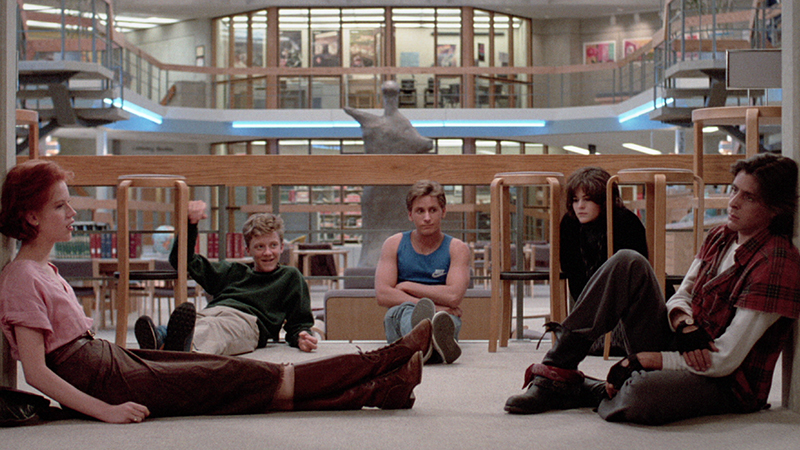 very glad this was nominated for me so i can finally say i've seen it, but as i suspected, it wasn't really for me. perhaps i would've enjoyed it more if i saw it in high school, but i was an even bigger film snob then so it's doubtful. it's a tough movie to assess these days for two reasons. first, i don't think these stereotypes really exist in high school anymore, at least not in the same way. i was in high school not that long ago and there definitely weren't the same delineations. i certainly don't really see myself in any one of these characters in particular, but whatever. i don't think self-identification is necessary to enjoy a piece of cinema, even if this movie kinda begs for it more than most. the bigger problem is that the "jock/nerd/goth/bully with more to them than meets the eye" has itself become a well-worn trope, and at this point probably induces an even bigger eye-roll than a purely one-dimensional archetype. i still give this movie credit because it was clearly an interesting take for its time and i believe in appreciating films within their historical context. but on the other hand, cinema has been subverting archetypes for as long as they've been a thing, this is just maybe one of the first to make that its Whole Thing and place it in such a ubiquitous setting.

my main problem is just that i struggle with any movie that so obviously turns all of its subtext into text. i guess it's defensible here because of the essay conceit, but it's still pretty lame for a film to just blatantly state its thesis statement in voiceover at both the beginning and ending. there's basically no subtlety to be found anywhere in this thing. even the moments of character development often come about in ways that feel sorta contrived. every line of dialogue is basically "SEE, WE TOLD YOU THESE CHARACTERS HAD DEPTH." there were some resonant moments, particularly in the final big conversation they have as a group, but it kinda undercuts all that goodwill with a pretty despicable ending. i get that it was a different time, but i can't get behind any ending that expects us to take it as some sort of unambiguous triumph when molly ringwald gets with the guy who has done nothing but torment and sexually harass her all day. likewise, ally sheedy was clearly the coolest person there, and yet we know it's a happy ending because now she looks "normal" and can get with the jock, clearly what every teenage girl must aspire to. basically the movie posits that the only reason to have any individuality at all is because you're lost and coping with your tough life, and the solution is to conform as much as possible and get laid so you can be happy. unless you're a short nerd, then you're outta luck, sorry.

but i did like some stuff about it. the performances are generally pretty good, mainly because you genuinely get a sense throughout that the characters don't know why they're doing the things they do. paul gleason of course plays a good fascist. i think there was one throwaway line that made me laugh pretty good, and i always appreciate the absurdity of a superfluous dance montage. i really do think the concept of the film is quite compelling and it's extremely easy to see why so many people have been drawn to it for decades. if you can get past how obvious and on-the-nose it all is, i do think it was fairly well-constructed in terms of pacing and economically establishing its characters. i was never really bored and didn't have a bad time watching it for the most part, it just wasn't for me.

also i'm pretty sure nobody involved in the production of this movie had ever smoked weed in their life.