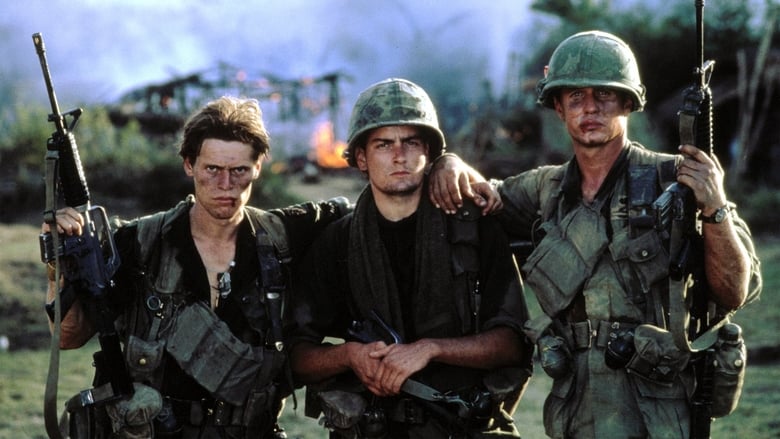 Harrowing and poetic depiction of Vietnam as a sort of allegory which works because of Stone's real-life experiences and his masterful control behind the camera. 1986 was a very intense year for watching movies in the theatre. First, there was Aliens which was incredibly nerve-wracking, and then later on, Platoon came along with several hair-raising battle scenes and confrontations. The story is almost simplistic as Charlie Sheen's new recruit is being tempted and has to decide who is really good or evil, Barnes (Tom Berenger) or Elias (Willem Dafoe), but what's depicted on screen is powerful and important, especially in the context of Stone's career. Platoon perhaps uses Barber's "Adaggio For Strings" as evocatively as any film has, and here's the roll call for the cast ("Sound off if you've got a pair"): Keith David, Johnny Depp, Forrest Whitaker, John C. McGinley, Kevin Dillon, Richard Edson, Tony Todd, Mark Moses, Reggie Johnson and Dale Dye.
» More about Platoon
» More reviews of Platoon
» More reviews by mark f