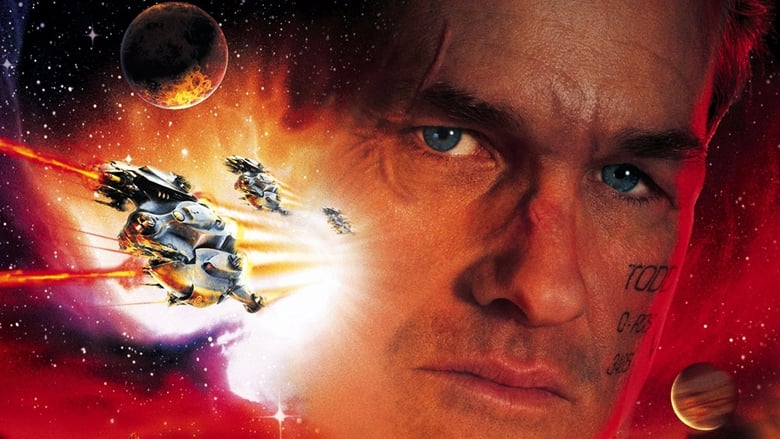 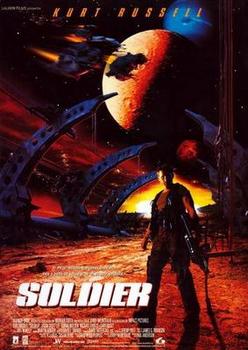 Todd is the quintessential hardened super-soldier of the future. However, he's pushing 40 and declared obsolete in light of the new, genetically enhanced breed. Todd is then beaten and dumped on a planet of industrial landfills and little green snakes, wherein he's roughly integrated with the local township. Todd must eventually defend his new home from the fascistic military he spent his life serving. The new wave of super soldiers is stronger, faster, and more durable, but lacks the jaw muscles of someone who looks like they're storing nuts for winter. Todd will exploit this fatal flaw.

It's very violent, but not really. Deadly explosions only unleash large gusts of wind on the good guys. Flamethrowers turn victims into fiery starfish. Blood arises from no visible injuries save for scratches. Also, the movie's slo-mo sensor trips whenever more than 20% of the screen is engulfed by fire.

I watched this once years ago when I was the perfect age for it, and was so disappointed in Kurt Russell's lack of character. It fits the plot, but there's gotta be a way to pull off the cold anti-hero without sucking all of the life out of him. Giving him a 30 word monosyllabic speaking quota and rushing through his emotional 'awakening' with corny pop music isn't the way. Snake Plissken would be considered peppy next to Todd. Even the name Todd...

I want to love this movie. The 80's Einsturzende Neubauten video-world it takes place in could've hosted something amazing, but we're only given a glimpse of it through the narrow lens of a 17 year old boy that wants to make future Rambo. Here lies my main gripe. The most interesting part of the movie (Todd's character arc amidst the township) should've been given a lot more time and depth. Or, at least more time could've been afforded to the township itself.

Still, it's a cool dumb fun sci-fi action movie. No frills, and feels shorter than it is. Most of my negativity arises out of disappointment in something that had the potential to be better and more expansive.